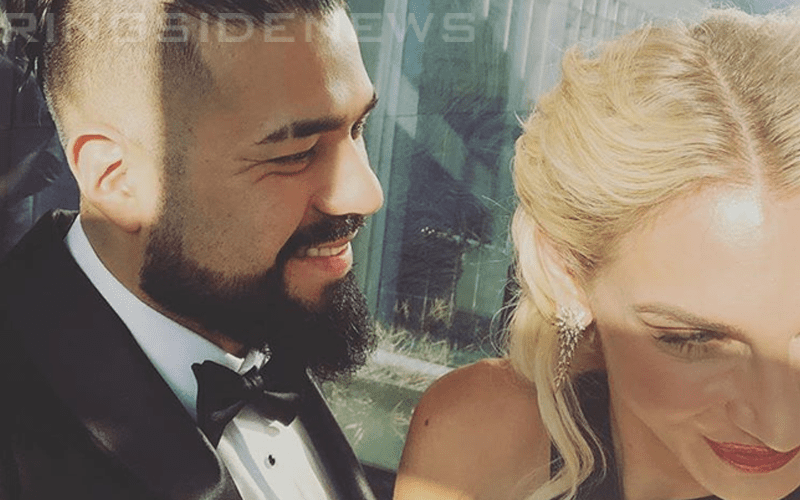 Charlotte Flair and Andrade are a couple in real life and have been getting some serious attention lately. However, Flair is now denying that the two are as serious as previously reported for some reason.

Charlotte Flair released a statement to Pro Wrestling Sheet where she denied her engagement to Andrade. Of course, being The Queen she put herself over in the process.

Don’t believe everything you read online. Unless you read that I’m the most decorated women’s wrestler ever, because that is fact. 😀

No, we are not currently engaged

Brad Shepard previously reported that Flair and Andrade are engaged which was one of the reasons why WWE put Andrade back on the blue brand. This caused a much greater shift in the roster as well because Aleister Black needed to be moved to the blue brand too because he is married to Zelina Vega.

This comment from Charlotte begs the question: If they are not engaged then what is with that ring Charlotte Flair was seen wearing after WrestleMania that looked very much like an engagement ring?

Shepard reported that the couple planned to announce their engagement next month. So these reports could be spoiling their planned announcement. It was also reported that Ric Flair and others in WWE aren’t too thrilled with this new relationship as they feel the couple is moving too fast.