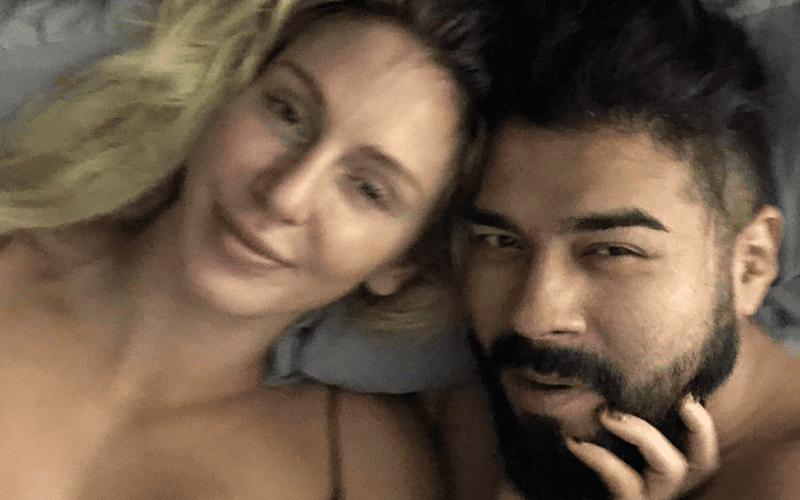 Charlotte Flair and Andrade finally made their engagement official. Now the WWE power couple are set to be married.

We’re still waiting on a good look at Charlotte Flair’s ring. We also don’t know when the date of their marriage will be just yet.

Andrade popped the question just after midnight on New Year’s Eve. Now the couple will enter in 2020 as engaged to be married. Perhaps they will exit 2020 as newlyweds.

Charlotte Flair sent out a rather blurry picture of herself and El Idolo. The only caption she needed to write was: “Si.” This came after Andrade already broke the news that “She said si!!”

Congratulations to the happy couple. Hopefully their relationship will last and the two will have many, many years together in pro wrestling and beyond.