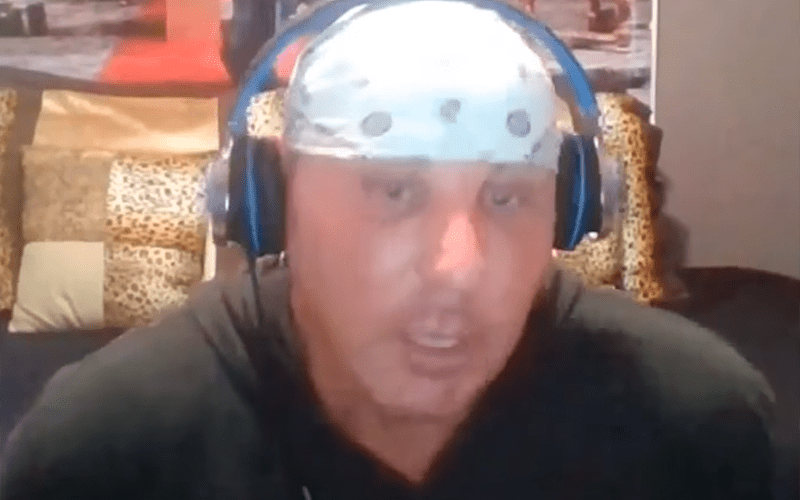 NoDQ.com published a new clip to their YouTube channel that features former WWE Superstar Big Vito talking about trolls taking personal shots at him online and how they act tough behind a keyboard and how they sit around insulting people all day.

“…but guys I got to tell you, the last few days a lot of things have gotten out of hand and a lot of insulting of people and you know what guys you know it’s sad when you when you think you are big & bad and tough behind a keyboard and you want to sit there and you want to insult people.”

Vito also addressed the individuals who take shots at his wife, whom suffered a stroke last year.

Vito also discussed how hard it’s been him & his wife following the stroke and how he has to take care of her while she’s rehabilitating.

“It was a year ago today that my wife had a stroke and from where she was to where she is now. She almost died. For her to be up and doing her own podcast and having her own show and doing the teen mom thing, doing the Vince Russo podcast — one thing is a big accomplishment. F*ck, I mean when she first got the stroke I was hand feeding her salad and feeding her chicken. I take care of her and I still take care of her and you know we haven’t had it easy but I only started this project with this group and got into the podcast business to help my wife’s rehabilitation and what people don’t realize — this is a real life thing for her where we’re trying to rehabilitate her and get her out there and do stuff. But when you want to low blow and you want to get on your computer and you want to insult me, insult my wife and insult people. This isn’t a ploy for pity. You know you guys are human beings and you don’t take anything for granted. You don’t take anything so serious but when you want to attack people that’s not cool and this is not what this group is about.”

You can check out the rest of Big Vito’s remarks embedded in the video below: