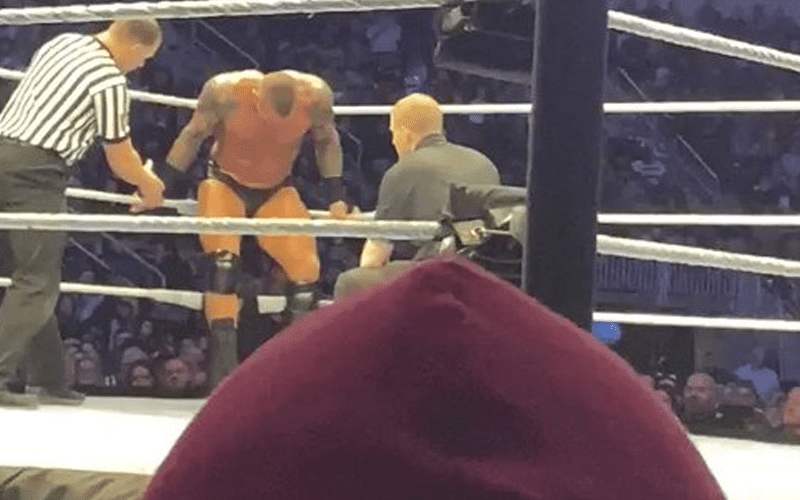 The Viper and The Phenomenal One were having their match as planned, and then Orton was injured within the first two minutes. Orton attempted an RKO, but he landed awkwardly and fell.

Medical staff tended to Randy Orton after that. The match was also called off. It appeared to be Orton’s left knee, but there is no official word at this time.

Let’s hope that Orton turns out to be okay. Right now is a terrible time to get injured as the road to WrestleMania is starting up soon.