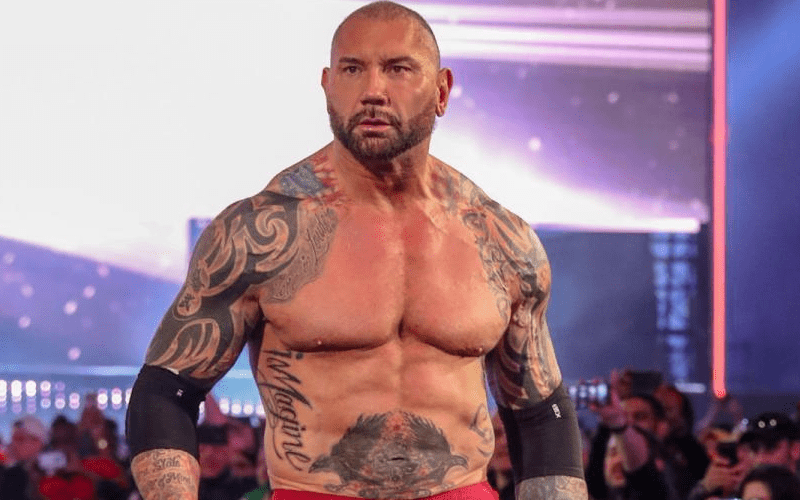 People now reports that Batista will be inducted into the 2020 WWE Hall Of Fame. The 6-time WWE Champion spoke about this induction and one of his big takeaways was that now he must write a speech.

“And that is what I’ve been stressing about since,” he laughs.

“I don’t think it’s sunk in,” he says. “And I was thinking about it because I mean, it seems like a long journey, but it also feels like yesterday when I started my career. And it also feels … because I’m still working so much, it doesn’t feel like an end of a journey.”

Batista said that it is hard to put into words how he feels right now. This is definitely a big addition to next year’s WWE Hall Of Fame.