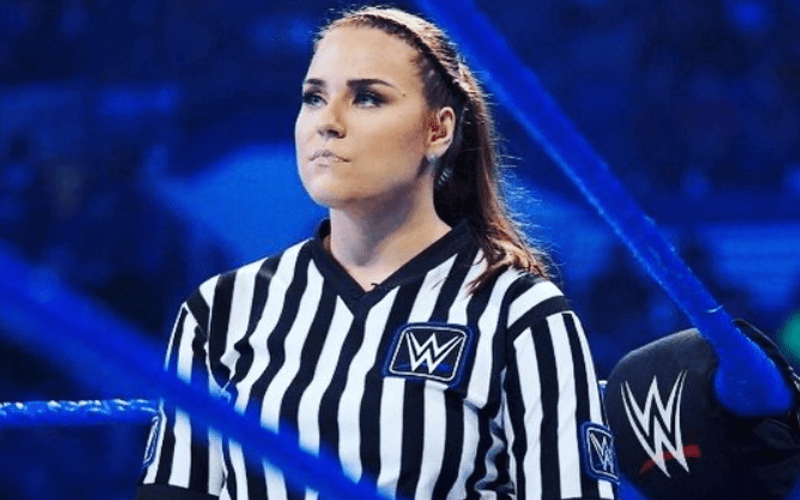 Jessika Carr made history this week when she wore a striped shirt and officiated Alexa Bliss vs Mandy Rose. That match marked the beginning of Carr’s run as a full-time WWE main roster referee.

After she made history, her parents surprised her backstage. Triple H even had a glowing review of her talent as he said the main roster is lucky to have her.

Carr was able to take some time after this historic moment for her and WWE as a whole. She was once a fan, but now Carr is so much more and plans on enjoying this ride on Fox.

Hey girl. ⭐️ You, yea little girl. The one that screamed your lungs out any show you went to (the loudest during Undertaker matches) that would count down the days to those shows, that would force your dad to drive you to live events all over the country, that would incorporate wrestling into any class project you could, that told everyone you would make it, that had to convince yourself along the way that you would make it, the girl that lost hope, the girl that managed to gain the respect and love from so many different that believed in you, you’re here girl. But the work isn’t over. There’s so much more to do. Let’s have some fun and enjoy this ride. #smackdownonfox #dreambig #ladyzebra

Fans will likely see Jessika Carr officiate plenty more matches to come. In the meantime she will appreciate the ride as she continues as WWE’s first full-time female referee.