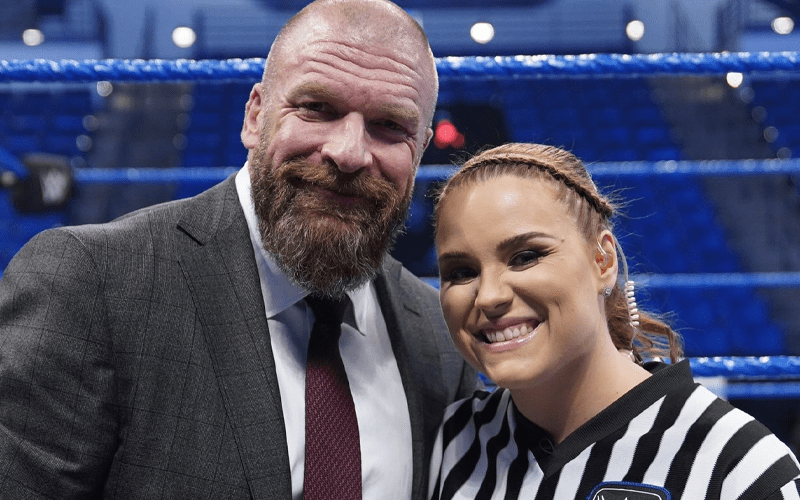 Jessika Carr made history last night when she wore a striped shirt on WWE television. Carr is the first full-time female WWE referee on the main roster and she worked very hard to get there.

Carr’s parents were event backstage to surprise her on her big night. Triple H sent out a message saying how proud he is of her. Jessika Carr will be a great addition to the WWE main roster and The Game watched her grow in NXT.

A huge night for @WWELadyRefJess and a massive gain for #Smackdown. Welcome to #TeamBlue, incredibly proud of what you’ve accomplished and what you represent. #TheFuture #WeAreNXT

Triple H calling anyone “the future” is a pretty big deal. We’ll probably start seeing Jessika Carr on WWE television so often that it won’t be a huge deal for her to officiate a match eventually. This is certainly a big moment for WWE as the Women’s Evolution moved forward even more last night.