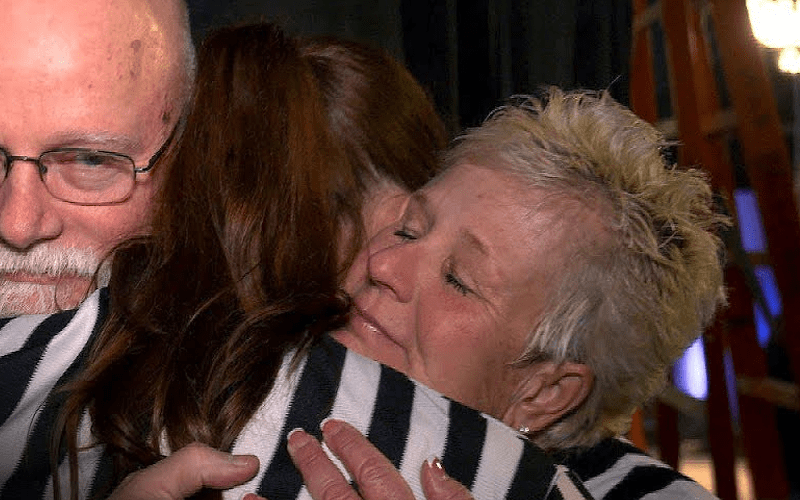 Jessika Carr made history last night as the first-ever full time referee on the main roster. This was a huge moment for Carr and she had a big surprise waiting for her back stage.

The former NXT referee was greeted by her parents backstage and they were very proud. They were both wearing referee shirts as well.

Carr mentioned how her parents surprised her and her father admitted that he was sure they would be found out. They were able to pull off his big surprise and everyone was very happy about this backstage reunion.

Her father commented on them all wearing referee shirts saying they look like “a zebra family.” It was a pretty cool moment captured by WWE cameras backstage. You can check out the video below .