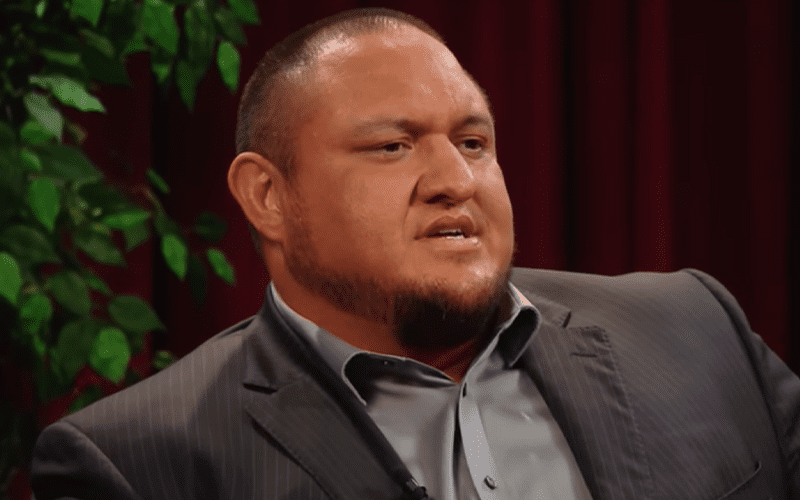 Samoa Joe is now on the Raw commentary team after Dio Maddin was sent back to NXT. Joe won’t be at that position forever because it was said that this is just until he is cleared to return to action.

Joe suffered a broken thumb and he has not been medically cleared. Reddit user Loose Lips Backstage revealed that Samoa Joe’s next medical evaluation date is December 30th.

This is the same source who absolutely nailed the Lana and Bobby Lashley arrest angle by leaking the entire segment. We’ll have to see if Samoa Joe can get cleared for action at the end of December.

The date in question just so happens to be a Monday. When this was mentioned, Loose Lips Backstage expanded on WWE procedure.

Yes, they evaluate with trainers and medical staff when talent are in town already for show. DOES NOT mean they will return to in-ring action that date; it’s only to be evaluated.

Mike Johnson also noted on PW Insider Elite audio that Samoa Joe might not leave the WWE announce table. Johnson was joking when he said this, but he did make a valid point by saying that WWE told Taz the same thing when they transitioned him into a commentary role that he kept for years.