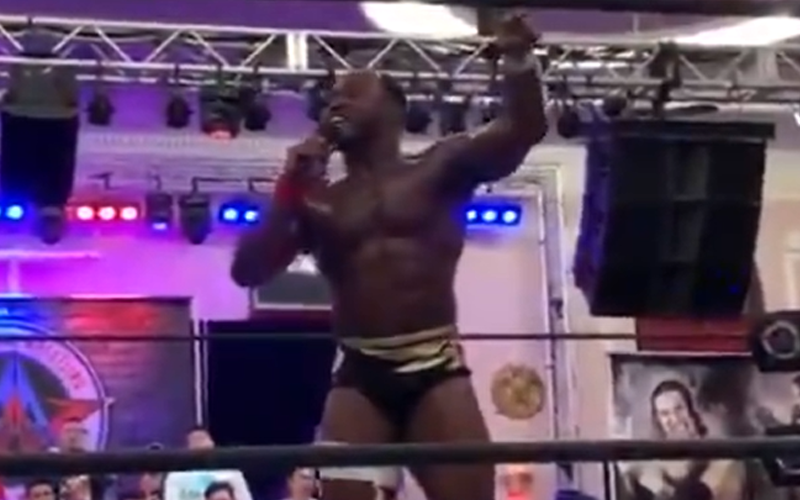 WWE released Jordan Myles from his contract after he quit in a very public way. Now he is Super ACH once again. He is also taking indie bookings and ACH had a lot to say when given the chance.

Super ACH showed up at the AAW Unstoppable event in Chicago and he cut a promo about what For The Culture means. That was the hashtag that he gave new life to through his controversy with WWE.

He said “these upper echelon” billionaires think they know what people want. This is not true because they don’t see the “passionate fan.” In the end, it’s the indies versus “the machine.”

“A lot of people don’t understand what ‘For the Culture’ means, there’s gonna take that word, culture, and their gonna spin it to what they want, and that’s okay. That’s the power of it. But what people have to understand this is the culture. These upper echelon, these billionaires believe they know what you want, but they don’t know what you want because they don’t come to places like this.”

“So they can come here and they can take some of the best wrestlers in this company, but it won’t stop indie wrestling. It won’t stop you.”

Super ACH is not going to have much trouble filling his calendar full of indie bookings. He seems especially motivated at this point as well.