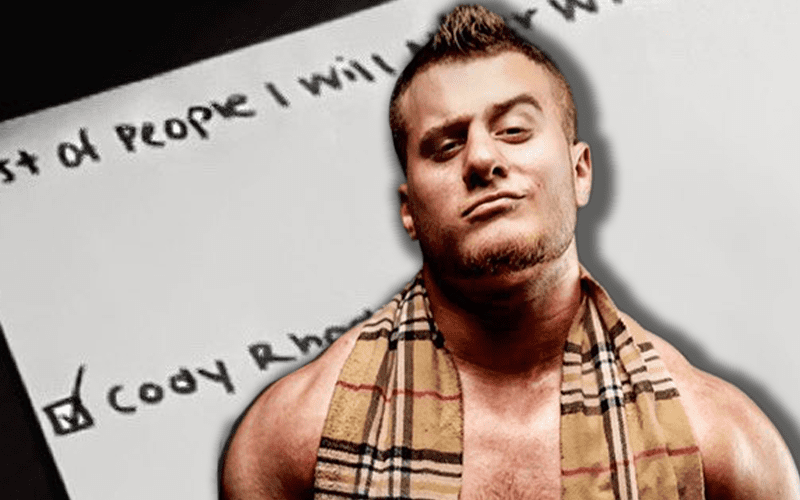 MJF really pulled a heel move on Cody Rhodes when he threw in the towel while cornering for him at AEW Full Gear. This cost Rhodes the AEW World Title and now he can never challenge for that belt again. To add insult to injury, MJF then turned on his former best friend Cody Rhodes.

Yesterday, MJF teased a big announcement today at noon. Now we know what he was talking about.

The Salt Of The Earth posted a picture of a “List Of People I Will Never Wrestle.” The only name on the list was Cody Rhodes and this box was checked. The caption for the image was: “After 11/9/19” which was the date of Full Gear.

This was a very recent photo too because Maxwell Jacob Friedman is showing off his AEW diamond ring. It seems like MJF isn’t interested in locking up with his old buddy.

This could imply that he is checking Cody Rhodes off the list of people said he will never wrestle. Let’s see how long AEW can keep these two separated.