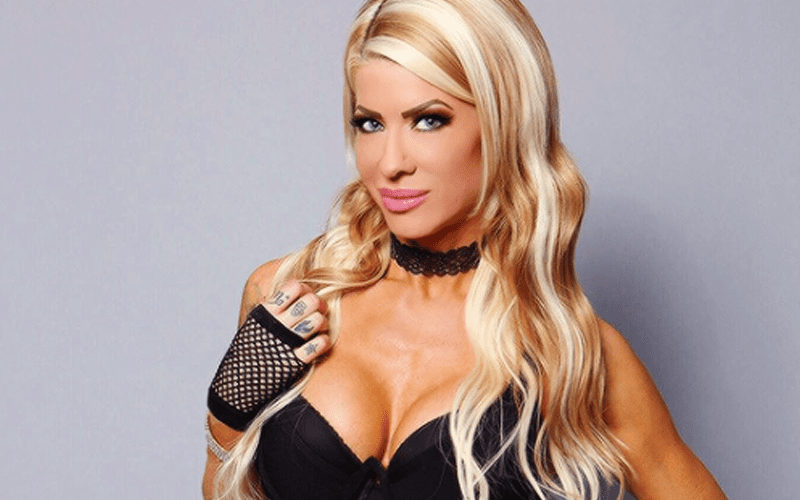 Angelina Love is no stranger to letting people know what she thinks. She is quick to defend herself because she’s heard it all before.

While speaking to After Buzz TV, Love said that she’s been hearing people make remarks about her weight for a very long time. She was tired of hearing it so she only felt the need to defend herself.

“You know, I’ve been hearing stuff about my weight since like 2010 so it’s not like this was some shocking thing that I haven’t heard before. I felt the need to call the guys out – A, because it was coming from men, and B, you know Ring of Honor and Women of Honor has always been known for the wrestling.”

“It’s not supposed to matter about how you look, or what you wear, or what your body looks like. It’s supposed to be your ability to wrestle. So the fact that we were getting so much hate because we were coming in being as we are, it’s like, I’m also proving myself! Not that I need to; I’ve been wrestling for 19 years… But proving myself to a new crowd of fans that I can wrestle, won the Women’s championship, and then they’re still caught up on how I look.”

“I’m like, doesn’t that make you hypocrites? Just wondering. So I felt the need to say something because it happened at our Sept 27 and 28th shows in Vegas and then it happened again October 12 in New Orleans and I was like, two shows in row? I’ve got dudes screaming at me from the crowd about how much I weigh and I’m like, ‘Oh I thought that wasn’t supposed to matter, you don’t care about how I look. It’s supposed to be how I wrestle.’ But then you know the same people that are preaching about it’s all about wrestling are the ones that are freaking out about how we look too, so I was just kind of like, I’m just going to call you out.”

Angelina Love is a heel and she is doing her job if she riles up fans. There is a line that people shouldn’t cross when participating with the show and Love won’t tolerate certain subjects being breached. It’s hard to blame her