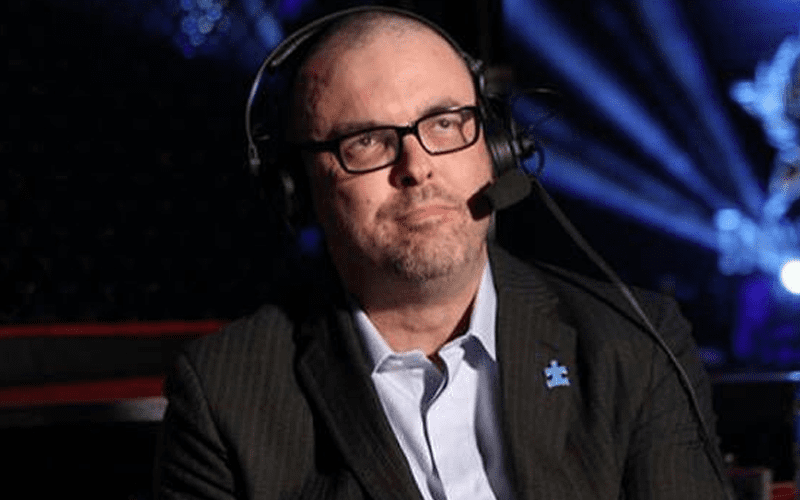 Mauro Ranallo was not at NXT this week. No reason was given for his absence, but he did not work in his usual commentary role.

Corey Graves apologized for the comment he made about Ranallo’s announcing during NXT TakeOver: WarGames. That did not seem to make everything okay.

Dave Meltzer explained on Wrestling Observer Radio that things in this situation are worse than they’ve let on. It is apparently a bad situation where Ranallo is in “rough shape.”

“He’s in rough shape. I think everyone pretty much knows the situation, it was pretty bad the last couple of days. So, it’s pretty bad. It’s a day by day thing, there’s no way of knowing what’s gonna happen next. It was a very unfortunate situation and I think we’ve spoken a lot about it, but it’s probably worse than we said.”

We can only hope that Mauro Ranallo will be able to come back to NXT. He excels in that role and fans of the black and gold brand certainly miss having him on commentary. This isn’t the first time that Ranallo stepped off of the WWE table after one of his co-workers made a remark about his abilities.