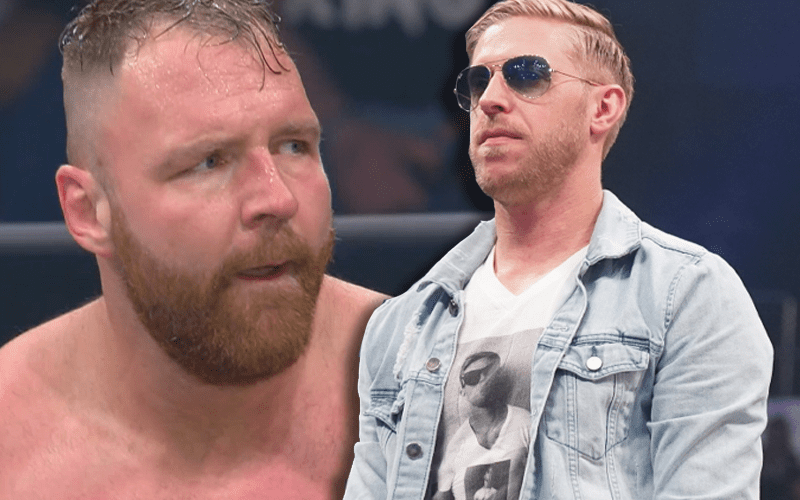 AEW has a variety of styles as they present an alternative to WWE. Orange Cassidy is one of the more unique stars on the AEW roster as a pro wrestler who doesn’t like to wrestle.

Jon Moxley discussed the variation of styles that AEW presents during an interview with 101.1 WKQX. He thinks it’s great that Orange Cassidy receives a pop like The Road Warriors when he comes out. People like Freshly Squeezed make AEW different which is drawing fans who want to see all different kinds of action in the ring.

“Yeah and look at Orange Cassidy, he gets a Road Warriors pop every time he comes out, and it’s great. You see all this different stuff. There’s no formula, anything that works.”

“Some people like the sports entertainment, you know, people on the mic going back & forth. And we have all of that on the show.”

Jon Moxley might have given a big nod to Orange Cassidy with this mention. That doesn’t mean Cassidy wants anything to do with Mox in the ring.

Orange Cassidy seems game to dress up in costumes and entertain fans with his lazy wrestling style. We’ll have to see what’s next for his character, but AEW seems to have figured out a way to use him when there was initial concern that his signing could turn fans off.