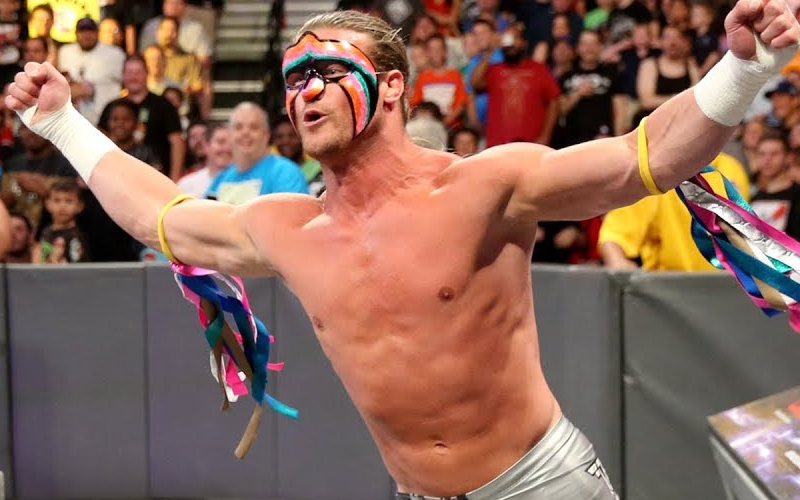 Dolph Ziggler went through a phase a while ago where he would come out to legendary Superstar entrances. It popped crowds when they thought someone unexpected was showing up only to leave them hating the Show Off.

While speaking to The Mirror, Ziggler explained this angle. The idea was certainly to get heat on him, but their plan was a much more thought-out process.

“It’s hard to say because for the longest time I’ve been a wrestling fan above everything. I’ve watched the old tapes, but at the time, I really didn’t want to be doing it because I didn’t feel like we were surprising anyone. We’d have me come out and say ‘now I’m gonna trick you’ and then I would go back and come out again.”

“So, I think the whole point of that would be to, anytime during the two-three hour show, hear The Undertaker’s music and think ‘well, he’s not supposed to be here! Oh, it’s Dolph’ and I’d say ‘you idiots have based your whole life on an entrance theme that’s on you, you should be enjoying… and so on…’ That’s what I thought. I didn’t understand it and I fought against it a little bit and they told me ‘no.'”

On a side note, Dana Warrior didn’t seem to appreciate Dolph Ziggler borrowing her late-husband’s entrance.

Dolph Ziggler is coming out to his own music once again. He is often in a tag team with Robert Roode as well. Ziggler has seen a lot of stories in WWE and coming out to classic Superstar entrances was only one of them. It did work pretty well for a period of time so they could always re-visit that idea in the future.