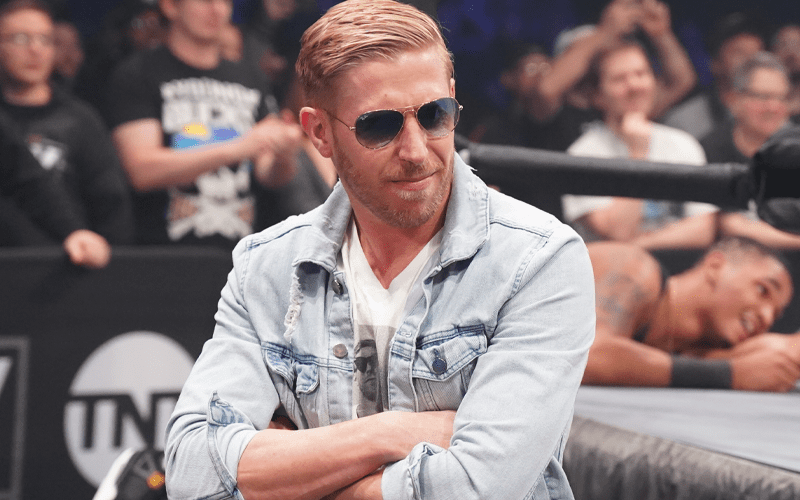 Orange Cassidy is not a man who needs to use a lot of words. His wrestling style of a pro wrestler who doesn’t like to put forth the effort to wrestle has captured fan interest. Cassidy might be involved in plenty of situations on Dynamite, but there are a couple of people on the AEW roster he intends on staying away from.

While speaking to Bill Apter, Orange Cassidy gave about as good of an interview as he can. While not using many words, he said “I don’t know where I came from” when asked about his history in the business. When asked why he’s with the Best Friends in AEW, he replied: “Chuck Taylor is my roommate.”

Apter asked Cassidy to describe the following AEW stars and he had some very enlightening replies:

PAC: He kicked me in the face

MJF: “Absolutely not [do I want to face him]. I don’t like MJF.” He was asked what he doesn’t like and he replied: “Have you seen him? I don’t wanna talk about MJF anymore.”

Darby Allin: Stay away from him

Orange Cassidy doesn’t have to do much to get over which is a great place to be in. So far it seems like AEW is doing a good job keeping him on Dynamite while not alienating those fans who still might not appreciate his lazy superkicks to the shin.