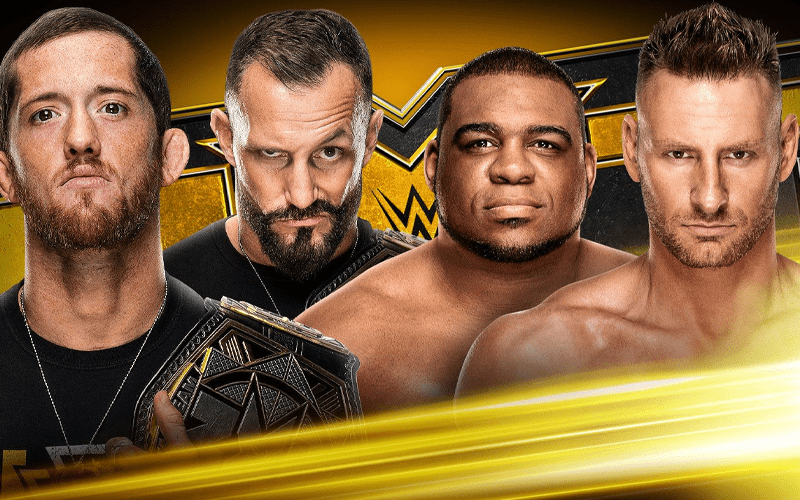 NXT will ride their momentum from Survivor Series into this week’s episode. The black and gold brand reigned supreme in Chicago, so let’s see what they bring to the USA Network this week.

We have two title matches to anticipate this week. The Undisputed Era will put their titles on the line against Keith Lee and Dominik Dijakovic.

Lio Rush will also put his NXT Cruiserweight Title on the line. He will battle Akira Tozawa tonight in Full Sail Arena. Let’s see if both champions can retain their titles so they have something extra to be thankful for.

Dakota Kai is also promoted for the show. She could have a great opportunity to explain her recent heel turn.

Also, Tommaso Ciampa’s hunt for Goldy could be back on. He suspended that chase before NXT TakeOver: WarGames and Survivor Series. Now he could have a target set on Adam Cole once again.

You can check out the complete NXT preview provided by WWE’s official website below: