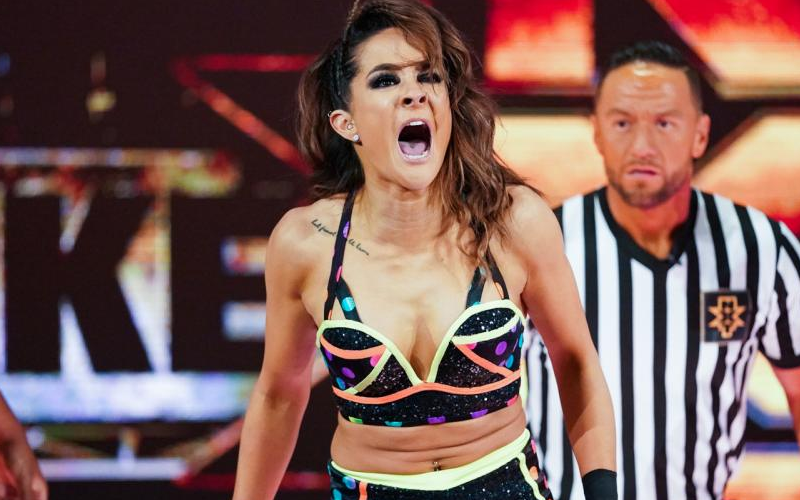 Dakota Kai turned on her team at NXT TakeOver: WarGames, but it was a team she was placed in that night. Kai’s placement in the WarGames match might have been last minute, but this was apparently the plan all along.

During Triple H’s post TakeOver conference call, he was asked about Dakota Kai’s turn. He stated that this was the plan from the get-go.

Dave Meltzer discussed this on Wrestling Observer Radio. It was the plan for Dakota Kai turn heel which was started when she was told that she’s not good enough to be in a WarGames match.

“I’m sure when she did that thing when she was disappointed in that thing it was going to end in the turn. The minute when I saw that I was like, ‘Okay’ when they said she didn’t make the cut and it was like — oh — and I think everyone knew, she’s turning, so yeah.”

We’ll have to see what’s next for Dakota Kai. She could get a spotlight on Wednesday night and an opportunity to speak her mind. She might have Tegan Nox to deal with, but also Rhea Ripley who had to fight from underneath because of her turn.

Mia Yim could also want a piece of Dakota Kai. The recently turned Superstar might also be responsible for the backstage attack on Mia that took her out of the WarGames match in the first place.