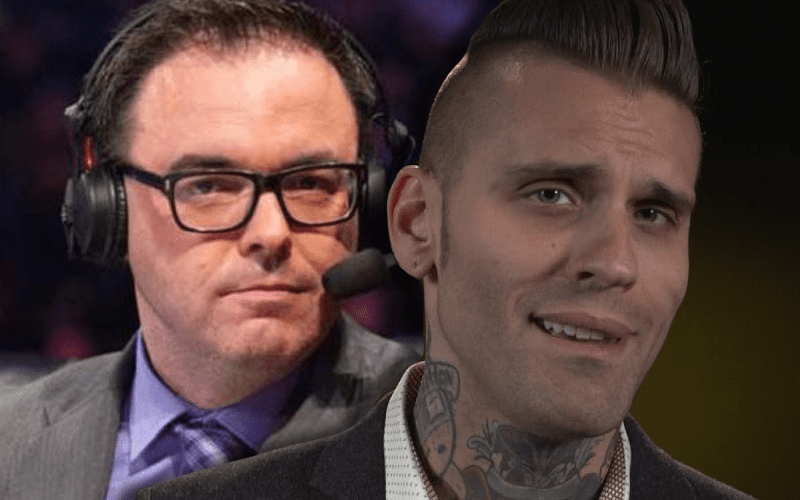 Corey Graves made a comment during NXT TakeOver: WarGames that seemed to imply that Mauro Ranallo talks too much. This snowballed into a much larger situation partly thanks to the fact that Mauro Ranallo deactivated his Twitter account a short time later.

So far Mauro Ranallo hasn’t commented on this situation. Frank Shamrock has spoken up and offered to meet Graves so they can speak about this face to face. #F*ckCoreyGraves has become very popular in the meantime.

Fightful Select was able to obtain a quote from Corey Graves concerning this situation. The issue is that he declined a statement before going off on pro wrestling journalism as he passed off the blame of this unfortunate situation.

“Nope. It was sh*tty wrestling journalism that sensationalized a non-issue.”

Hopefully, Mauro Ranallo will be on NXT this week. It was previously reported that he is scheduled to be calling the action just like always at Full Sail Arena.