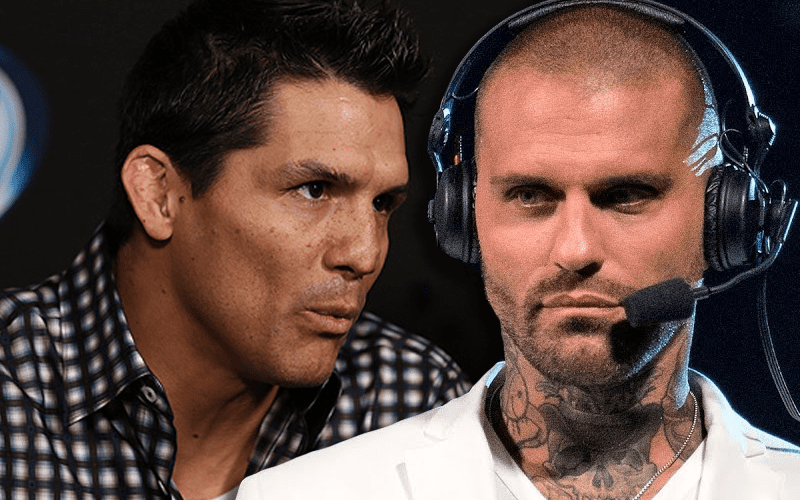 Corey Graves upset a lot of people when he took a shot at Mauro Ranallo’s commentary during NXT TakeOver: WarGames. Now even more fans are tweeting with #F*ckCoreyGraves attached to their messages.

Frank Shamrock commented on Graves’ tweet with a meme saying that social media has made too many people comfortable with running their mouths and not getting punched for it. After Graves took a shot at Dave Meltzer, he asked Shamrock if he approved that meme with the Wrestling Observer Newsletter writer.

Instead of calling me? Or actually coming to TV to discuss things like grown men?

Shamrock replied back saying: “Ur tweet buddy, not mine. Call me anytime or stop by, happy to chat. I am in LA.” Graves comes through Los Angeles from time to time. Perhaps those two could meet up and speak about this situation face to face.