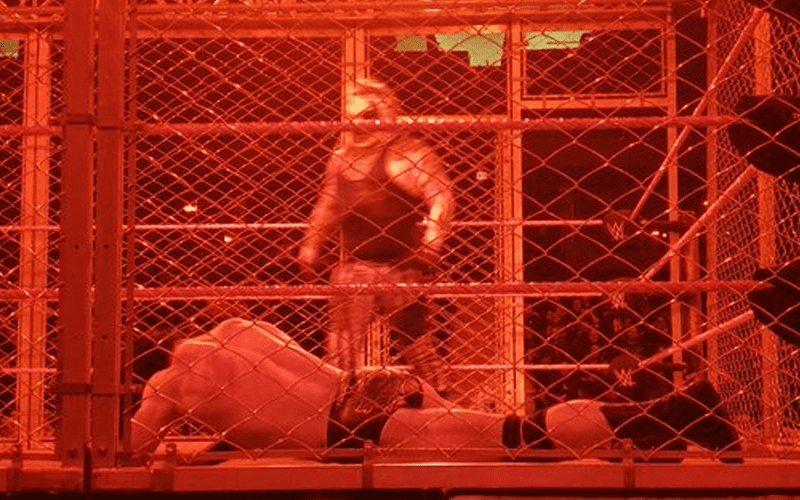 Bray Wyatt might have left the red brand behind when he joined SmackDown, but the Universal Champion was still in Chicago after Survivor Series so he stopped by RAW.

Following RAW this week, Bray Wyatt defended his blue belt against Drew McIntyre. This was a steel cage match as well.

Drew McIntyre showed up after RAW was off the air. Kevin Owens was making his way to the back after the closing segment of the show and then Drew took him down with a Claymore Kick. As McIntyre cut a promo, the ring crew constructed the cage.

This match didn’t last very long at all. Bray Wyatt won with a Sister Abigail and the Chicago fans were sent home happy.