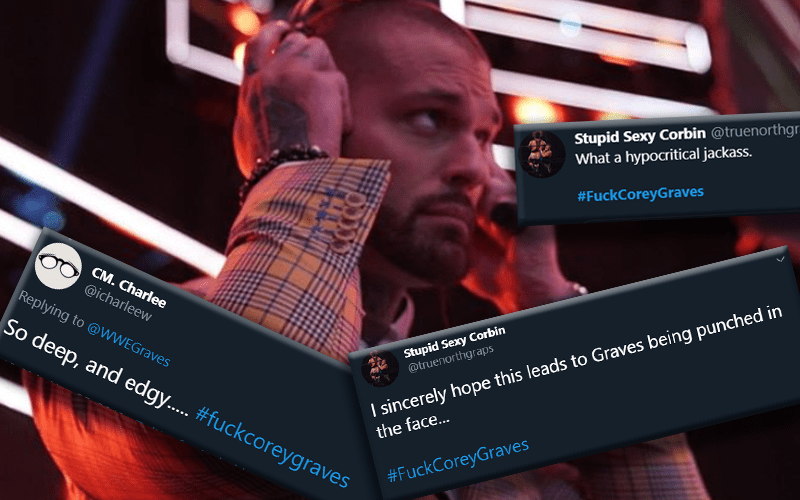 Corey Graves made some remarks about Mauro Ranallo’s commentary during NXT TakeOver: WarGames. This wasn’t received to well and Mauro soon deactivated his Twitter account.

Graves later lashed out at Dave Meltzer for discussing the story. He might not be too happy about a recent hashtag that people are now using.

#F*ckCoreyGraves is now popping up on timelines across the IWC. Plenty of fans are using this hashtag to show their disapproval of Corey Graves and his recent social media activity.

Let’s just see if Corey Graves addresses this on After The Bell. It’s not likely that he’s going to necessarily love this kind of backlash. This also isn’t the first time he’s upset fans so Graves will be okay.

You can check out the tweets below to see what some fans have to say. This is just a small sampling.