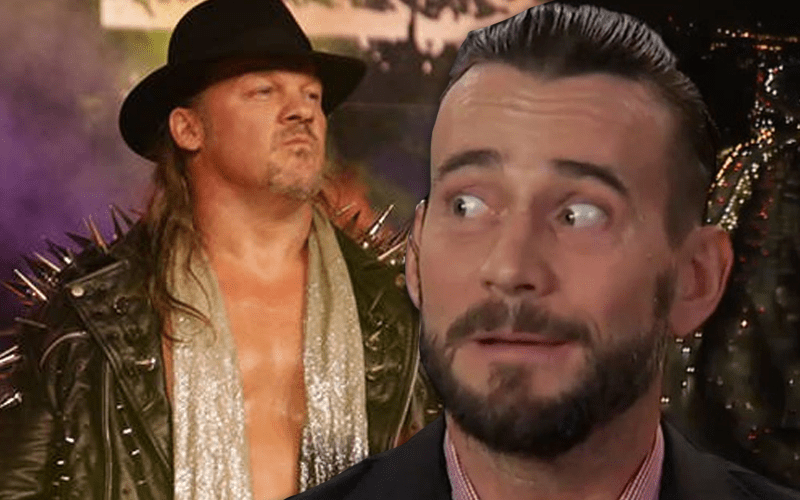 CM Punk is a special analyst on WWE Backstage, but that hasn’t translated into a match just yet. There is no guarantee at all that CM Punk is even interested in wrestling again.

While speaking to Uproxx, Chris Jericho addressed CM Punk’s return to the WWE fold. It was a long time coming according to Y2J so he’s not very surprised. WWE needs big stars and Jericho assumes that this will somehow lead to a return to the ring for CM Punk.

“It’s a long time coming,” Jericho said. “We knew there would be a Mötley Crüe reunion and we knew CM Punk would come back to wrestling. It was just a matter of time. I think he came back with more of a sigh than a scream. It seems kinda funny that he came back on a show that drew 150,000 viewers where it could have been 5 million viewers. But if it’s part of the process to slowly wean him into the wrestling business, then good.”

“The WWE sure needs him. You need stars in the business. Good for him for coming back. I just think it was not as big as it could have been or should have been. He’s back for the first time in five years and no one really cares. But I’m sure it will lead to more. I don’t see how it can’t.”

CM Punk met with Tony Khan, but an AEW deal couldn’t come together. In fact, Tony wanted CM Punk to come aboard before he had anyone else. Chris Jericho doesn’t seem to be very broken up about the fact that CM Punk obviously decided not to sign with All Elite Wrestling.

“I’m not disappointed. I know there were some conversations, but Punk’s his own guy. Could we have used him? Yes. Does it hurt us to not have him? No, not at all.”