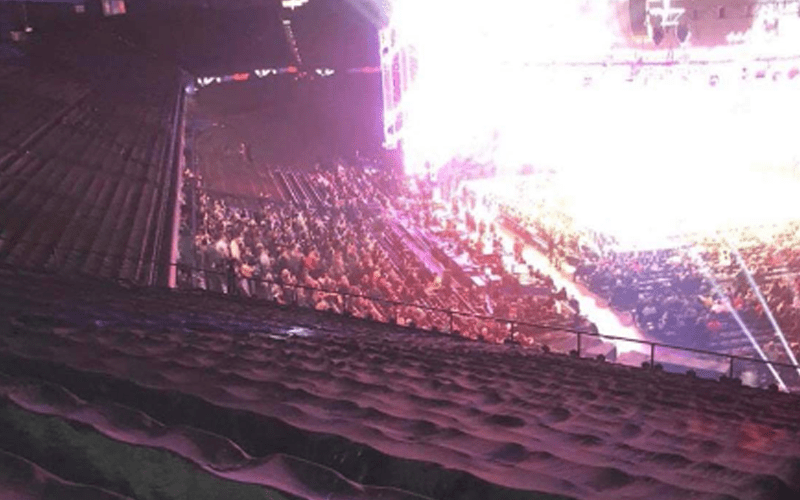 WWE will often bring out huge black tarps to cover empty seats. That way it looks like a solid black sheet instead of visible empty seats. They had to break out extra tarps last night.

The company brought their fourth show to Chicago for last night’s Raw. It appears a lot of fans decided to skip Raw after Survivor Series.

The Chicago market got a lot of pro wrestling in a very short time. If you add in AEW Dynamite this week from the Sears Centre, that’s five televised pro wrestling shows in a week. As you can see, Raw’s attendance suffered last night because of it.

You can check out a picture below that speaks volumes about how many people showed up to Raw. Survivor Series was a sell-out, but they obviously didn’t keep everyone for Monday.