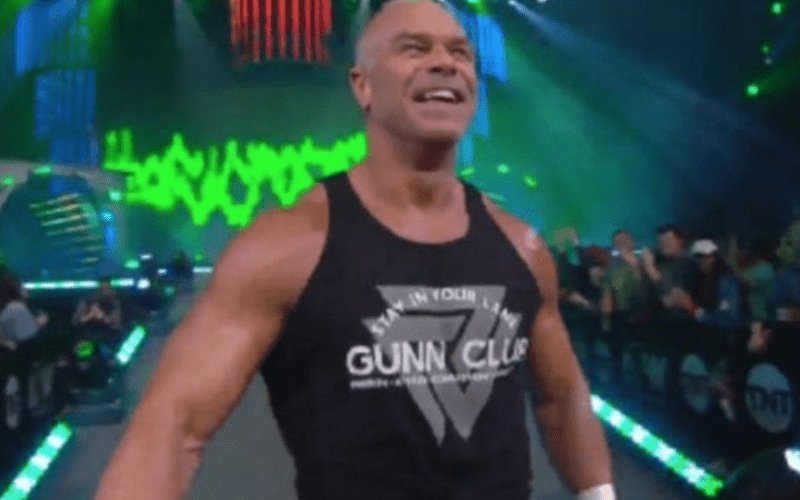 AEW Dynamite last week featured a Dynamite Dozen Battle Royal. This was a big match that set up a confrontation between MJF and Hangman Page this week. This match got WWE’s attention for a very interesting reason.

We previously reported that WWE wasn’t necessarily thrilled that Billy Gunn performed on the episode of Dynamite. He used his WWE name, but he could get away with that because he owns it.

Billy Gunn has owned his name since 2016. This is why he has been appearing under that name. There isn’t much WWE can do to stop him, but making him a WWE Hall Of Famer as a member of DX was certainly appreciated.

You can check out a screenshot of his copyright filing below. As you can see it’s a live trademark that Billy Gunn owns so he can do whatever he wants under that persona.