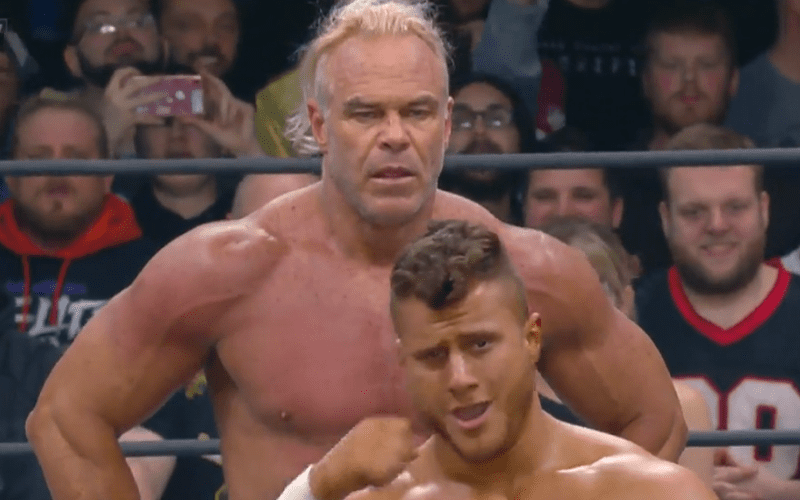 AEW Dynamite last week featured a Dynamite Dozen Battle Royal match. MJF and “Hangman” Adam Page were the final two participants left in the match so they will wrestle this week on TNT. Billy Gunn was also a part of the match and he drew a lot of attention.

MJF eliminated the WWE Hall Of Famer from the battle royal to gain a lot of heat. He interrupted a spot between Gunn and Sonny Kiss that the crowd was really into so they were not happy.

Fightful select reports that fans weren’t the only ones upset after Billy Gunn’s appearance, but it was for a much different reason. WWE apparently didn’t appreciate the fact that Gunn performed on AEW’s program using his WWE name.

There were comments about Billy Gunn using his WWE name on AEW Dynamite — more in the sense of displeasure among WWE as opposed to something that would lead to legal action.

It’s not likely that WWE will take AEW to court over Billy Gunn wrestling on their show. There could be a possibility that Vince McMahon’s company will come at Shad Khan’s organization in an attempt to shut down the upcoming Bash At The Beach event.