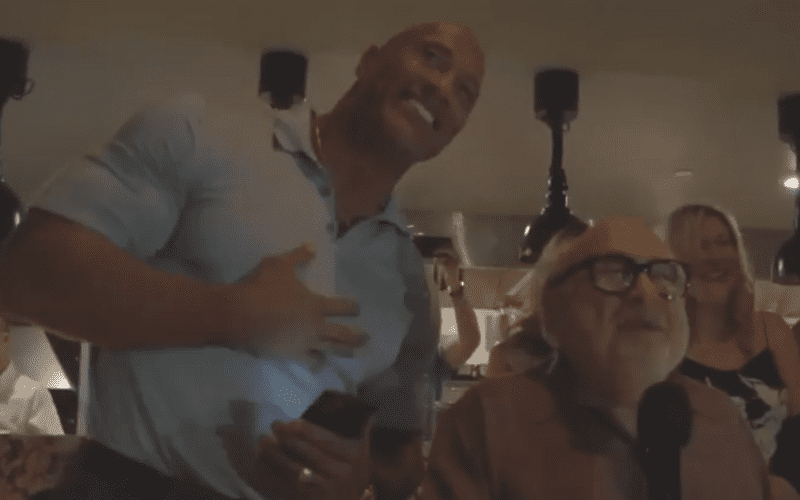 You never know where The Rock will show up next. It turns out that he could bring along one of his many A-List friends as well.

Dwayne Johnson and Danny DeVito might seem like an unlikely pair, but you’ve never seen them crash a wedding until now. The two celebs were hanging out when they heard some noise overhead. Then they decided to crash the wedding reception going on.

I’ve never crashed a wedding, but with Devito this was truly UNFORGETTABLE.

We were sippin’ on a lil’ Teremana tequila 🥃 enjoyin’ the quiet sunset together in Mexico after a long week of Jumanji work when this idea hit.
Crash the wedding.
Grab a mic.
Sing a special song.
Say adios.
It was actually quite beautiful and the love and mana in that room surrounding the wedding couple was so strong.
Congratulations to the lovey bride, Kristine and handsome groom, Will.
And their four children, Ryan, Mason, Edie & Max.
Beautiful family.
The Abbots aka Brady Bunch.

You can check out the video below. The Rock and DeVito serenade the wedding with a rendition of “Unforgettable.” It was certainly an unforgettable night for everyone at that wedding.