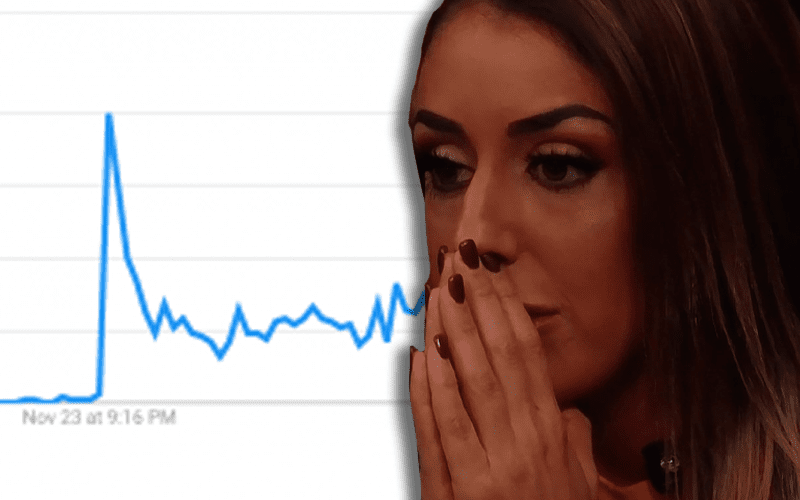 Britt Baker’s boyfriend Adam Cole is NXT Champion. AEW obviously has no problem with her attending her boyfriend’s matches, but they might tell a different story after last night. Then again, it got Baker a ton of attention.

Mauro Ranallo called Britt Baker out by name and said he’s Adam Cole’s girlfriend. She was displayed on screen while holding her face because she was scared to death to see what her man was doing in his WarGames match.

When Baker appeared on NXT TakeOver and Ranallo said her name, fans took to Google. Apparently, they wanted to know more about Adam Cole’s girlfriend.

When you Google search Britt Baker, you’ll find a ton of great content from Ringside News and other sources all indicating her status as an AEW star.

You can check out the Google search trend below. Triple H might have said that the director didn’t know who Britt Baker was and he just shot someone who looked shocked in the crowd. That didn’t seem to matter when it came to fans possibly learning more about AEW while watching an NXT event.