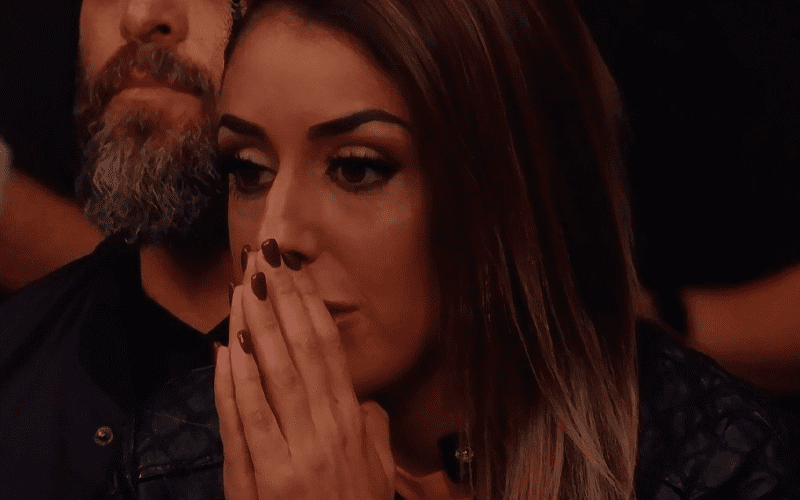 Adam Cole was in a very dangerous match at NXT TakeOver: WarGames. This match ended in a crazy sick bump off the top of the WarGames structure. Cole’s girlfriend Britt Baker was there to see it all.

Britt Baker was in the crowd and she was shown on camera during the main event match. Mauro Ranallo even called attention to her as “Adam Cole’s girlfriend Britt Baker.” He did not mention how she is an AEW star.

This isn’t the first time that Britt Baker has been in the crowd to watch her boyfriend perform at an NXT TakeOver event. It’s still very interesting that Mauro Ranallo name dropped her in the process.