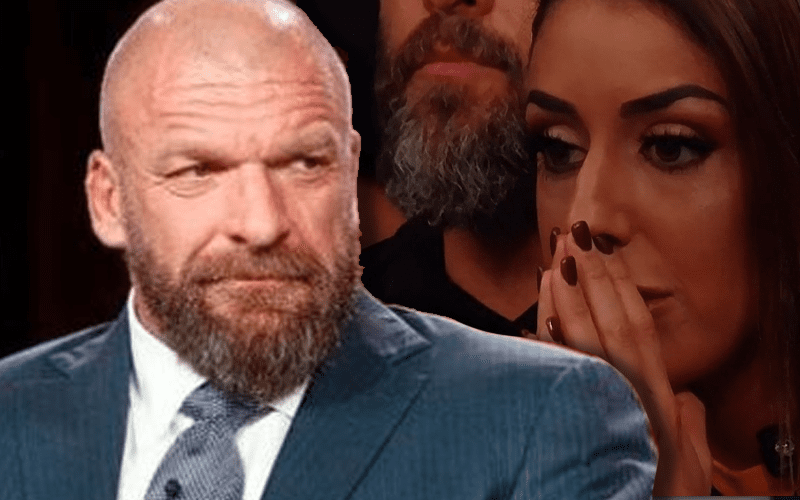 Britt Baker and Adam Cole are dating so she really doesn’t need an excuse to attend his matches. The fact that she’s an AEW star does make it interesting that she appeared on screen during NXT TakeOver: WarGames.

Triple H was asked about the camera showing Britt Baker during the post TakeOver conference call. He said it was an accident and the director simply picked the person in the crowd with the most astonished look on their face. As it turns out, that would be Adam Cole’s girlfriend. Sean Ross Sapp reports:

Triple H just spoke to @RealBrittBaker and he says the director didn’t know who the shot was, he went to the person in the crowd who had the most unbelievable look on their face, and it was her. He doesn’t have a problem with it, but feels bad for putting her in that position

Baker is likely not going to get any heat over this within AEW. It would be funny if it is eventually mentioned as an off-handed dig at Baker, but that will probably be it. Triple H still apparently feels bad for showing her just in case the cameo is misconstrued.