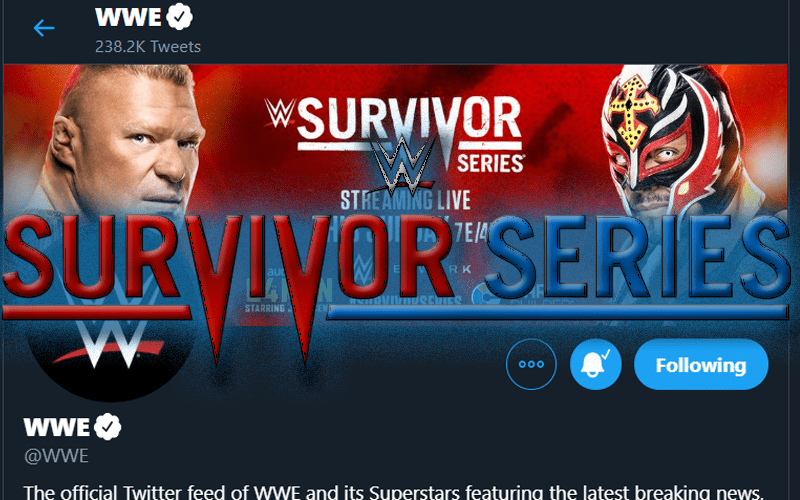 WWE won this week’s edition of the Wednesday Night Wars and now it appears they are boosting the brand’s visibility even more. RAW and SmackDown are also getting a boost from Twitter.

#NXT on Twitter is now followed by a special NXT logo next to the hashtag. #SurvivorSeries, #WWERAW and #SmackDown are also now displaying logos next to the hashtags. These additional icons are not appearing in embedded tweets, but they are visible on the Twitter app & website.

This is something that AEW has been doing for quite some time with #AEW and #AEWDynamite both displaying title belts next to the trending hashtags.

We’ll have to see how long WWE will keep this special hashtag icon, but it is certainly gaining some attention online.

Brad Shepard had previously reported that WWE was working on this. It will be interesting to see if the company creates any more special social media tactics as time goes on.