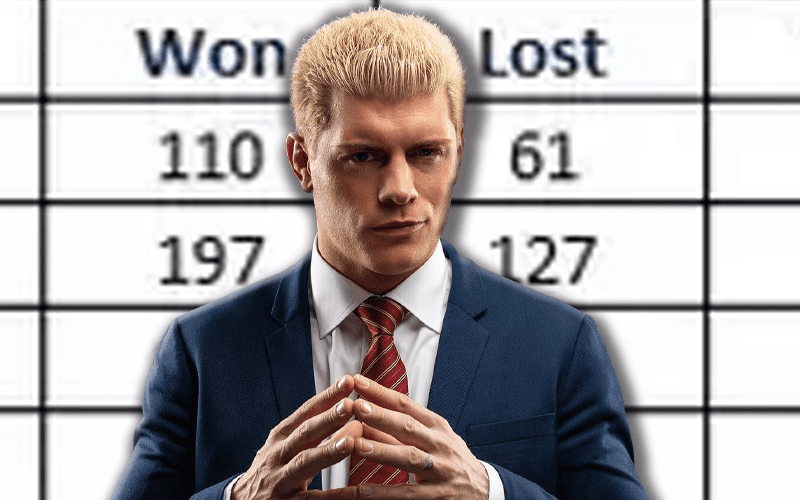 AEW is presenting a pro wrestling alternative unlike anything that has happened in nearly two decades. Tony Khan came around and through his father Shad Khan, All Elite Wrestling has substantial financial backing. This will hopefully, keep the company running for years to come.

One thing that sets AEW apart from WWE is their win/loss record. The manner and amount of wins matter in AEW, but they will eventually reset.

The Fan Morning Show with Jeff & Big Joe spoke to Cody Rhodes where he explained not only when the current win/loss records will reset, but how the company’s stars will keep their career records.

“When the year ends and AEW is in Jacksonville in January, that is when the plan to reset is. Tony is obsessed with numbers. He mentioned we’ll do a reset, but we’ll have your overall record on there. I’m thinking that’s a lot of numbers with their Twitter handle and their nickname.”

“He has a point: your overall record will always be intact, but just to keep the top fives for women, tag teams and men’s singles, every year will reset.”

It will be very interesting once the new year rolls around and everyone in AEW is wrestling with a clean slate once again. This could allow stars to get a fresh start to provide even more match-ups as All Elite Wrestling wipes away their records.