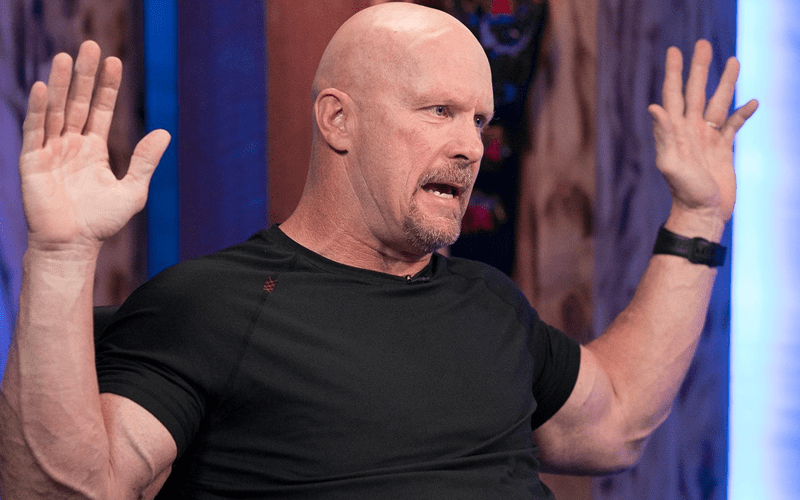 “Stone Cold” Steve Austin’s in-ring career ended at WrestleMania 19 when The Rock beat him clean. He wants to keep it that way.

While speaking to ESPN, Steve Austin admitted that he’s got a few Stunners and right hands left in him. A beat-down might be plausible, but he’s not doing another twenty minute match. For that matter, he doesn’t want to either.

“I’d be happy to give you a two-letter answer: N.O. It’s like people say, it’s show business, and in the wrestling business, it’s never say never. If you ask me, ‘Steve do you have a couple of Stunners, a couple of right hands or do you have some hell raising left in you?’ Absolutely, I do. But just to go in there, lace them up and go in there for a 15-, 20-minute match? No, man. I don’t. Nor do I want to. I did what I did, and in WrestleMania 19, that was my last match with The Rock and he beat me 1-2-3 right in the middle of the ring. Took three Rock Bottoms, but that was the last match that “Stone Cold” Steve Austin will ever have.”

We can always imagine about what it would be like to see Steve Austin vs Seth Rollins, Velveteen Dream, Adam Cole, or any number of current WWE & NXT Superstars. It’s just not going to happen.

Fortunately, fans can play out those dream matches in the video game world and thanks to the recent patch for WWE 2K20, it might work a lot better now.