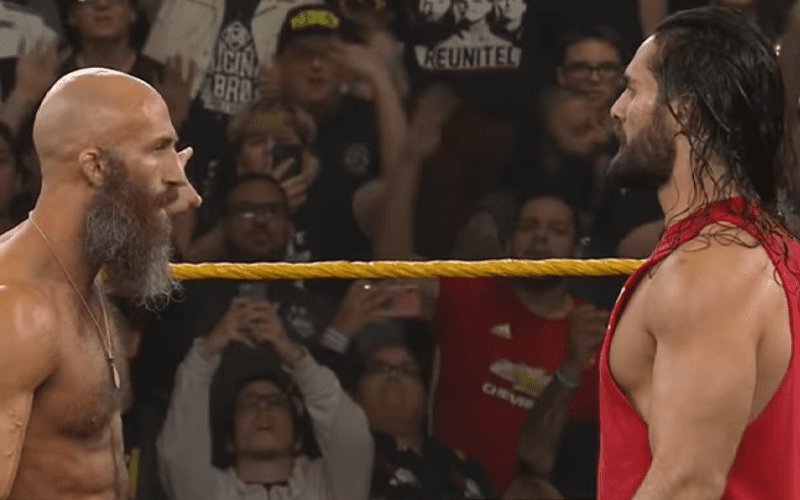 WWE’s NXT show could have gone an extra five minutes with their overrun this week, but the feed was cut while RAW and SmackDown Superstars were invading Full Sail Arena. This was a chaotic moment, but the entire melee was captured on video.

Seth Rollins and Tommaso Ciampa were left in the ring together and they had quite a stare-down once the cameras stopped rolling for the USA Network. They did not throw down last night, but it seems like something might have been started between the two former NXT Champions.

Seth Rollins left after Tommaso Ciampa simply pointed toward the Full Sail Crowd as they chanted his name. Then The Architect left the ring allowing Ciampa to celebrate on his own.

It was a pretty intense moment. You can check out the clip below of NXT’s closing moments following by the off-air showdown.