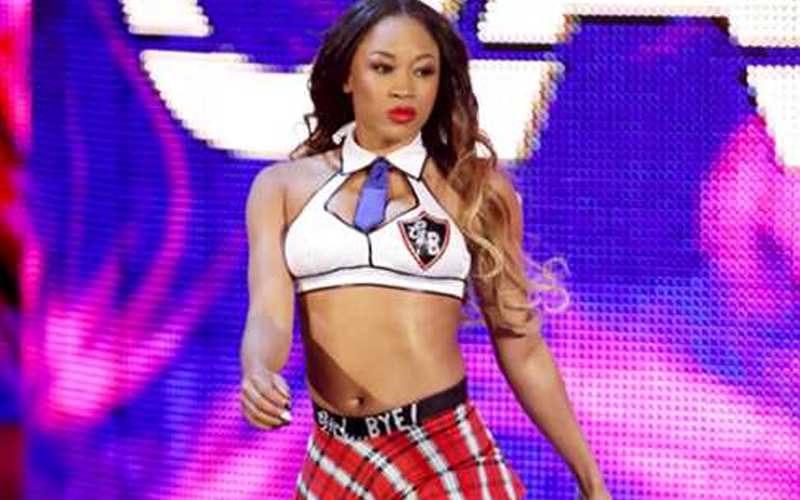 Cameron was released from WWE in 2016, but she has been keeping busy. It still might bug her that WWE never gave her a reason why she was let go.

The former Funkadactyl spoke to Hannibal TV where she explained that her release did come around the time when Ryback departed and caused a bit of controversy. Then Cameron speculated that if you don’t have any controversy surrounding your name then that gives WWE an opening to release you.

You know, they never gave me a reason, I can kind of put my finger on why. When the whole Ryback thing happened, at that time too I wasn’t doing anything, so it just gave them, it was just a perfect moment. If you’re not doing something and you make a little bit of a controversy, it’s just an easy way for them to be like, it’s time to let you go. But you know what, I’m not mad at it, because I did everything I could possibly do. I gave up my spot on the main roster to go back and be better, to be a force to reckon with, and to really hone my craft.

We’ll have to see if Cameron is serious about making a return to pro wrestling. She teased this recently, but that was quite a while ago. Some fans might enjoy a Funkadactyls reunion so that’s always in the cards as well.