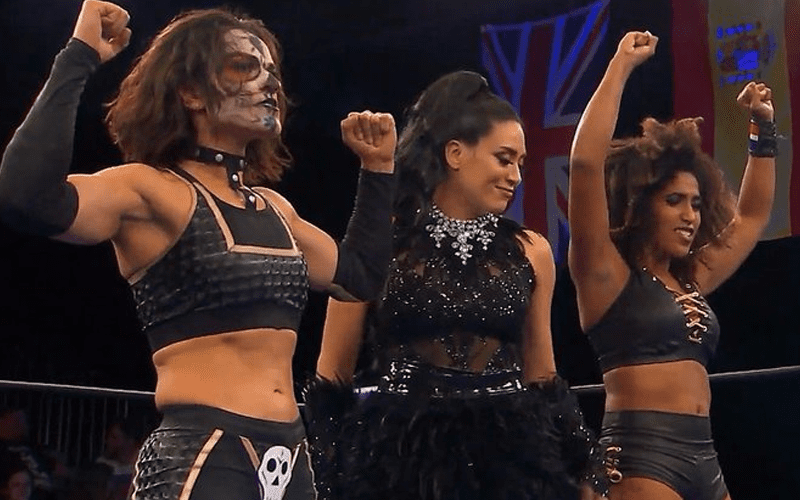 Melina hasn’t been employed by WWE for a number of years, but her fans certainly miss seeing her. Now they can tune into NWA Powerrr to see her work.

During last night’s episode of NWA Powerrr, Melina made her debut. She showed up to cause a distraction in a match with Thunder Rosa & Mari Belle vs Ashley Vox & Allysin Kay. Melina helped Rosa and Belle win and then she posed in the ring after helping with a beat-down.

Melina was at the RAW Reunion and she seemed to really enjoy being backstage once again. It doesn’t look like WWE was interested in having her back on a regular basis, perhaps this latest development in her career would make them reconsider.

NWA Powerrr debuts every Tuesday at 6:00 PM EST on YouTube. This week’s episode needed to be taken down for an edit due to a racist comment from Jim Cornette. The episode was put back up a short time later with the necessary edit made.