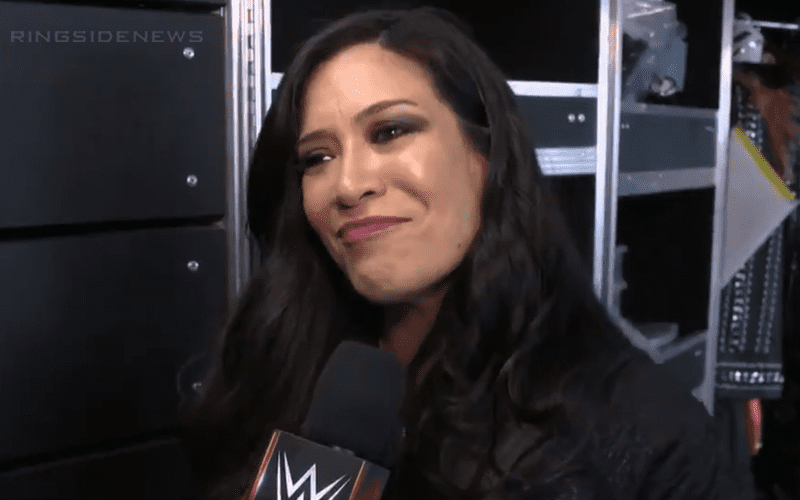 WWE’s invited a lot of people back for their reunion show including Melina. It’s been too long since Melina has been around, but she was really happy to be there.

The former Divas Champion said it’s been an emotional day backstage at RAW as she reconnected with some of her former coworkers. She might only be back for one week, but at least she’s coming back for one big night.

Melina says she’s been crying all day and has been forced to keep putting her makeup back on. She said it’s great to actually meet this new generation of Superstars as well.

As far as what we should expect from her tonight, Melina says that she likes to keep everyone on their toes so we’ll just have to see what WWE wrote for her to do.