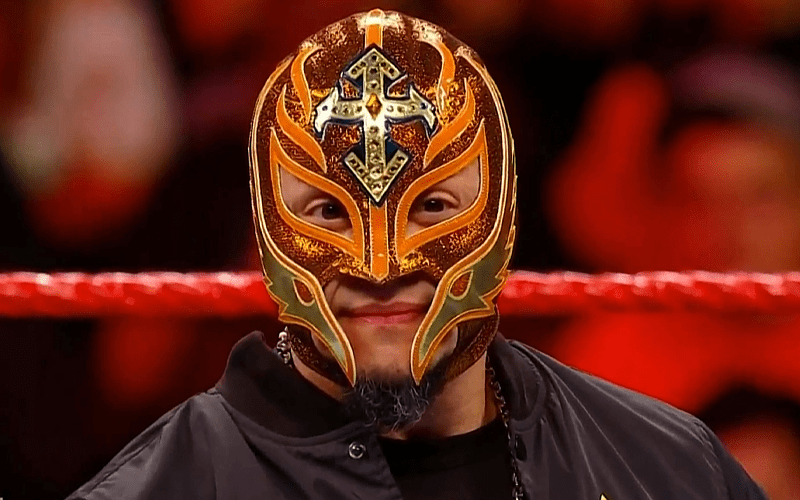 Rey Mysterio came back to WWE last year, but he didn’t sign a very long deal at all. Now he could be out of WWE in a matter of months.

Mysterio signed a two-year deal in September 2018, but he has an out-clause in his contract at the eighteen month mark. If he decides to take that out-clause then he could be out of WWE just before WrestleMania 36.

WWE likes to tack on more time to deals. That being said, they could always add more time to his contract if they want to since he was out for a bit of time due to injury this year. If they did that then Mysterio might make WrestleMania without having to execute an out-clause.

AEW would certainly love to have Rey Mysterio. After all, WWE did everything they could to keep Rey from working All In, but he did it anyway. One would think that with AEW around it gives Rey Mysterio a very viable option.

Mysterio said recently that he doesn’t have much time left in the ring. Let’s see which company will get to host his final match.