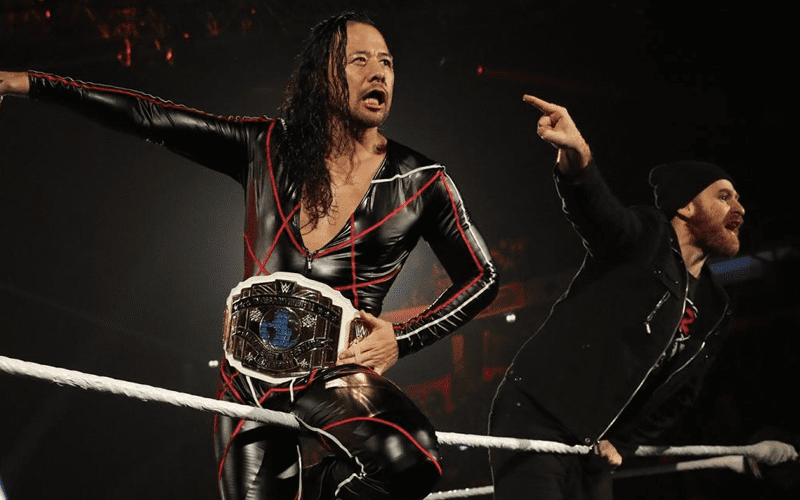 Sami Zayn is currently having a lot of fun as Shinsuke Nakamura’s mouthpiece. The two compliment each other well as Zayn continues to speak for the IC Champion. He makes a great manager, but what is Sami Zayn’s future in WWE?

While speaking to Vulture Hound, Sami Zayn was asked if he studied great managers from the past before taking the role and whether this is his long-term plan in WWE. Zayn said that it’s probably not a long-term vision for him, but he’s still able to add a lot to matches by being a force outside of the ring.

I don’t think that’s the long-term vision. It’s certainly not my long-term vision. That’s something I may want to do when I’m done with in-ring competition, obviously, as I still have a lot to give in that regard. However, I do think, just in my limited time doing this, that I’ve been able to add a lot to the matches that he’s performing in, and so I do think there is something to be said about that, as an art form for that role.

That managerial role is definitely a missing space in wrestling today, in WWE today. It kind of remind me just how fun it could be when it’s done right and, again, I don’t know if it’s going to end, it’s probably not a long-term thing, but for now, it’s kind of opened the door enough for me to really make me realize like, “oh this is something that I could really enjoy down the road when my in-ring days are over,” but I still think I do have a lot to contribute even when my body one day says no more.

Sami Zayn will likely lead Shinsuke Nakamura to the ring for the foreseeable future. Everything changes eventually in WWE because they have to freshen things up. Sami will be wrestling again, but in the meantime he’s having fun with Shinsuke Nakamura and might even want to eventually add more members to his stable.