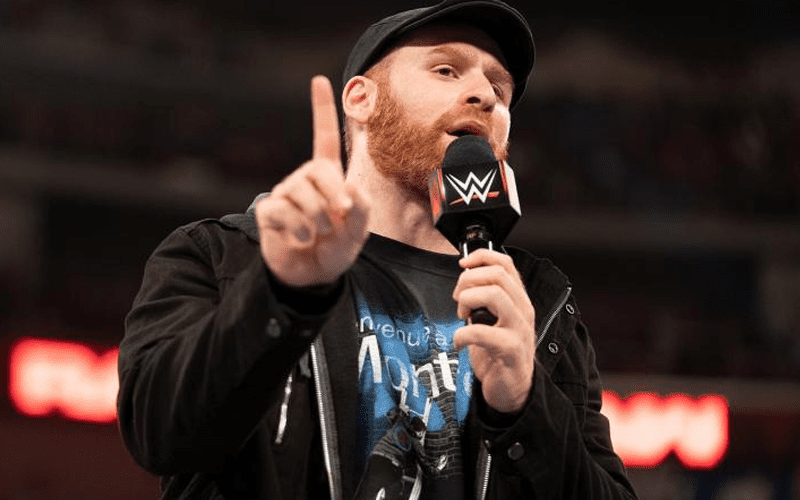 Sami Zayn was paired up with Shinsuke Nakamura and the two seem to be working together well. The Underdog From The Underground is still having fun with the angle, but he might want to add more members to his stable.

While speaking to Vulture Hound, Sami Zayn said he enjoys not wrestling right now. He’s not sure whose idea it was to place him in a managerial role, but he might like the be the centerpiece of an even larger entity in WWE.

I enjoy not wrestling at the moment. I don’t know whether it was my idea or not. I do remember thinking it would be cool if I could have a couple of guys with me, and not just Nakamura, even if Nakamura was the first guy on the list.

Partnering up with him, I think it’s beneficial for both of us because he’s been able to sort of be engaged a little more in the rivalry because, obviously, he speaks English pretty well, but there’s still a limitation on that with the language barrier, for as far as carrying a rivalry in the wrestling business, which is a lot of talks with smash obviously. I’m able to kind of pick up the slack in that regard.

In my end, I really enjoy being ringside and trying to contribute to the matches and things like that. I’m still wrestling on the live event periodically, so it’s kind of the best of both worlds. At the same time, it’s kind of keeping my body a little bit of a break, kind of a free sheet.  All in all, I think it’s good fun. I don’t think it’s going to be a permanent thing, but at least for the time being, I’m enjoying it for what it is.

Sami Zayn also made it quite clear that managing is not a long-term goal in WWE.

Since Sami Zayn is still working live events he is not developing any ring rust. We’ll just have to wait and see when he competes on television once again, but he’s been able to figure out a couple of clever excuses so far to avoid televised in-ring competition.