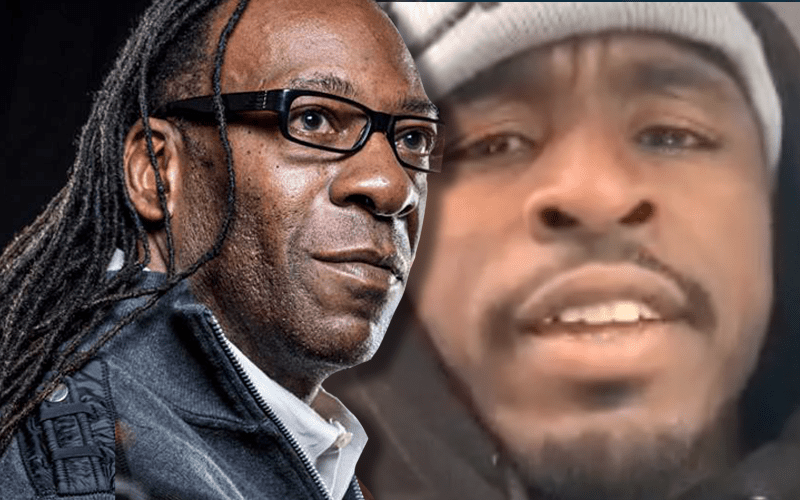 Booker T saw the video that Jordan Myles unapologetically put out saying that he quits WWE. Now the 5-time World Champion is breaking his silence on the matter.

During Booker T’s Hall Of Fame radio show, he addressed Jordan Myles’ claims that WWE is racist. In the end, Booker T thinks that Jordan Myles did himself an injustice by calling WWE racists and proclaiming that his WWE name is a “slave name.”

“I don’t know where it’s going to go from here. I have been on this earth for 54 years and if you think one person is something, call them that, or if you think that person is something, call them that, but I cannot judge a group and say everybody is that. When you make a blanket statement like that you do no justice for yourself or the culture. I say this because I have had a lot of years and a lot of experience. I do know that I wouldn’t be here if it wasn’t for a white guy named Bruce Gasarch, who made this all happen for me as far as changing my life, which is another story.”

“I could have easily could have judged everyone the same way after my situation of going to prison, being a kid who had never been in trouble before and for the first time being locked up in the back of a police car saying that, ‘the system did me wrong. I hate everybody of that color’, you know what I mean? If I did that, I would have done myself an injustice more than anything and I think that is the situation that I want to make clear here. The way he’s going by this, he’s doing himself an injustice.”

We’ll have to see where ACH pops up next. He was reportedly fired from WWE, but the company might not be too eager to put that information out there just yet. This is a very messy situation and we will continue to keep a close eye on things as they develop right here at Ringside News.