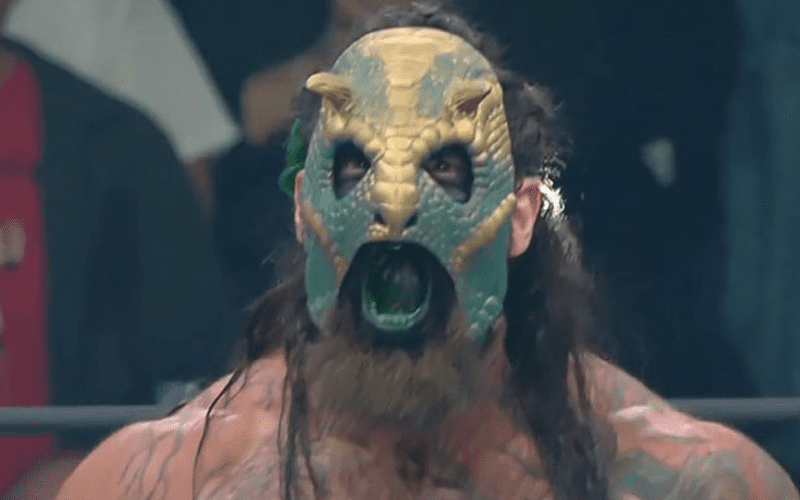 Luchasaurus had quite a career before AEW. He was part of FCW and those in WWE told him he should quit. The wrestling dinosaur was also a part of Big Brother before getting back into wrestling.

It was said during Starrcast IV, that he hoped to be back no later than December. That obviously changed as Luchasaurus made his return last night on Dynamite. He explained why his return meant so much in Nashville because of the history he has in that city.

Luchasaurus has experienced a lot of people telling him that he won’t work in pro wrestling. Obviously, he didn’t listen to them. Now he can continue on with AEW and hopefully, he won’t experience any more setbacks.