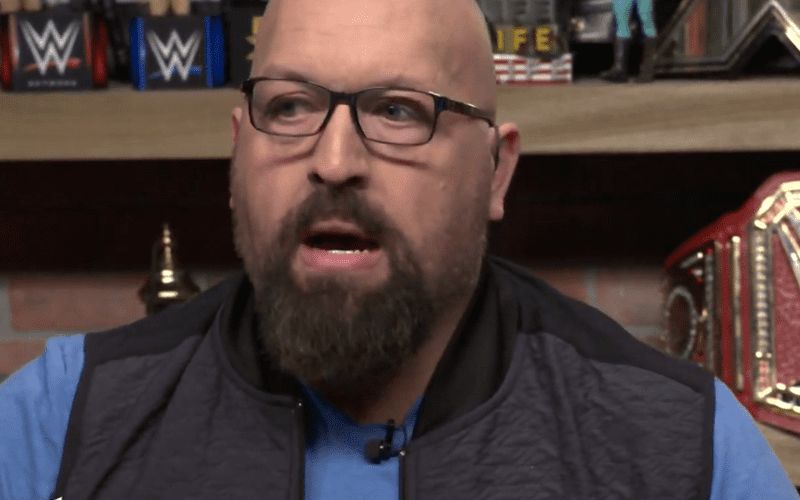 The Big Show is celebrating twenty years in WWE. This is a big achievement, but now he is focused on The Big Show Show and another reality television program on the way.

While appearing on WWE’s The Bump, The Big Show relived some great moments from his twenty year career in WWE. Kurt Angle appeared on the big screen via satellite and then Big Show brought up a very interesting note about the days when they were all traveling together.

“Kurt and I rode together for years in the car. We used to tease Shelton Benjamin that Shelton Benjamin has the shortest arms in wrestling history. Because whenever we went out to dinner, it would be the three of us, maybe four of us with Charlie Hass and every time Kurt paid or I paid for dinner and Shelton just sat there like his hands wouldn’t fit in his pockets. In three years he never paid for a mean, did he?”

Kurt Angle confirmed that Shelty did not ever reach for the check or his own wallet. All those years later, Shelton Benjamin is still a WWE Superstar and Kurt Angle is now a backstage producer. The Big Show is around every now and then, but he’s also very busy with things outside of the company. We have to wonder if Shelton Benjamin would pay for a meal now.