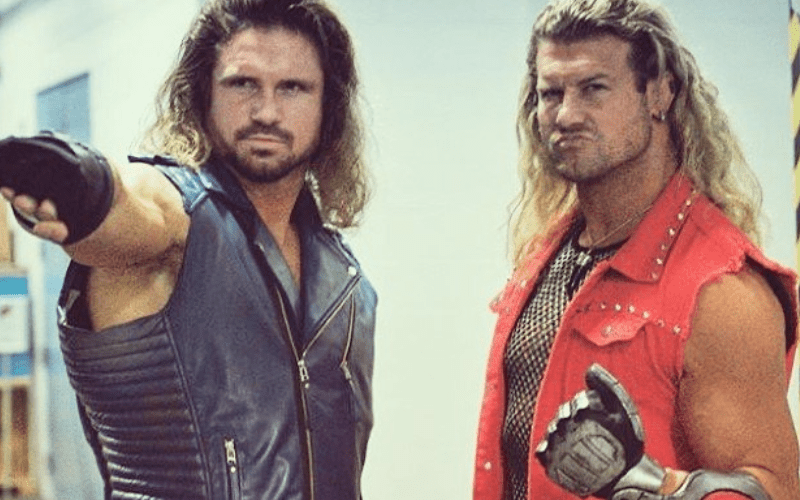 John Morrison reportedly signed with WWE once again. We have yet to see him make a return to WWE, but there’s still time for him to make a big surprise.

While talking to Talk Sport, Dolph Ziggler addressed the rumors that John Morrison has signed with WWE once again. This is big news to Dolph, but he didn’t confirm it. He did discuss the fact that he shot a little movie with his friend John recently and everyone thought that it was confirmed that they’re going to be a tag team.

“I keep hearing that too! What the hell? He’s a friend of mine. We hang out and do things together. I just did a little cameo in a short movie he did a couple of weeks ago and then he posted these pictures of the two of us, and then I posted them like ‘this is cool’. Then everyone is like ‘Confirmed! These guys are a tag team, they’re dressing like double dragon, they’re back!’ And I’m like ‘guys’ [laughs].”

He’s a friend of mine and I was doing him a favor. He keeps it under his coat about what he’s doing but for three years he’s been telling me he’s coming back! So, I don’t know if he’s messing with me or what so I stopped asking him. I hope he comes back. It’s been a really longtime, it’ll be so refreshing to see him. He and I 10 years ago on these overseas tours, we’d either start the show or wrestle before the intermission, first-half main event, where we were given free reign to tear it down and have a blast. Hopefully he’s back soon, I don’t know.”

John Morrison could be a great addition to any roster. Hopefully, WWE will bring him back with a good enough angle so that they can really capitalize on his momentum. We’ll just have to see how they go about it, but they’re obviously not rushing things.