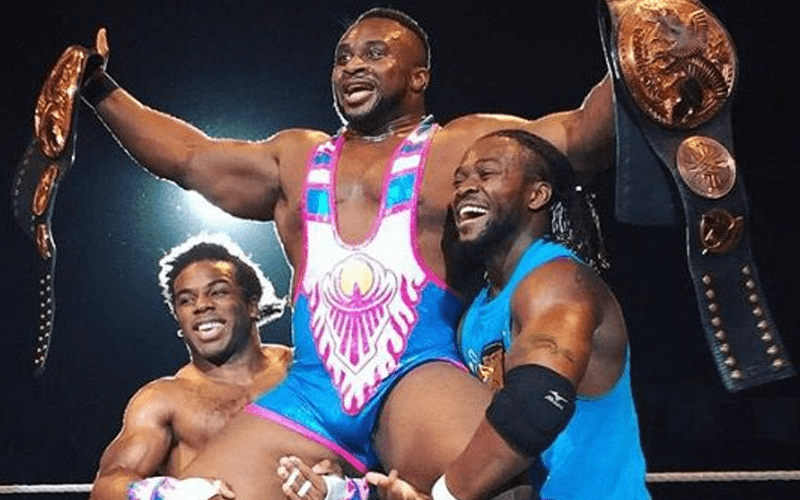 WWE is getting into the podcasting game. Their first show After The Bell hosted by Corey Graves is two episodes in and so far they’ve received great reviews. Now it looks like we have a big clue about what they’re cooking up next.

The New Day just picked up their seventh set of tag team titles in WWE. In case you were wondering Xavier Woods made it very clear that it still counts for him even though he’s injured. Now it appears WWE is getting The New Day into podcasting.

WWE has filed a trademark for “The New Day: Feel The Power.” It seems like this is the name of a new podcast. It was filed on November 5th and is registered for “entertainment services, namely, proving podcasts in the field of sports, entertainment, and general human interest and entertainment.”

Xavier Woods might be out of action for a while, but this could open the door for a new platform to explore. After all, you don’t need your Achilles tendon to be 100% in order to talk.