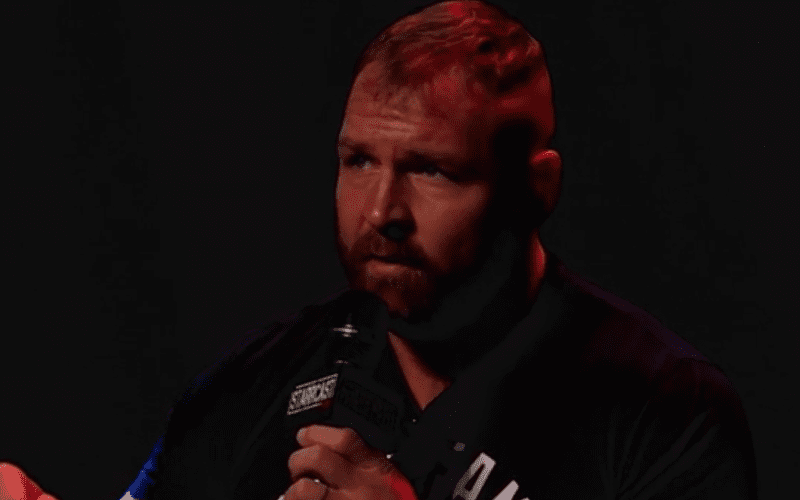 Jon Moxley is a very outspoken individual. Since leaving WWE there hasn’t been a moment where he kept his opinion to himself. This did not stop when he took the stage at Starrcast IV.

Jim Ross mentioned how it felt like sort of a slight that Mox’s match at Full Gear against Kenny Omega “won’t count.” Moxley went on to say that their lights out match will count because people will see it. Then he directed his focus to the win/loss record in AEW and the titles as well.

“It’s about me saying, ‘Dude I don’t like how you’re trying to keep me out of the win column and away from your championships and kinda like keep me over here in my little box.’ Like ‘oh you’re the king of the lights out match’ or whatever… you don’t think I can kick Chris Jericho’s ass too? I’ll kick Kenny Omega’s ass and then kick Chris Jericho’s ass. You know what I mean?”

“I don’t like, I don’t know… this doesn’t count in the wins/loss records kinda gave me a weird feeling, but we all know it counts. Because these championships don’t mean sh*t. These records don’t mean sh*t. The strength of competition? I don’t watch college football I don’t know what the f*ck you’re talking about I’m the baddest mother f*cker in this game. Produce somebody that can kick my ass. That’s all I’m asking then we’ll talk.”

Moxley promised that he will destroy Kenny Omega at Full Gear. Let’s see what Omega has in store for Jon Moxley. It will take a different side of The Cleaner to shut down someone as determined to inflict pain on another human.