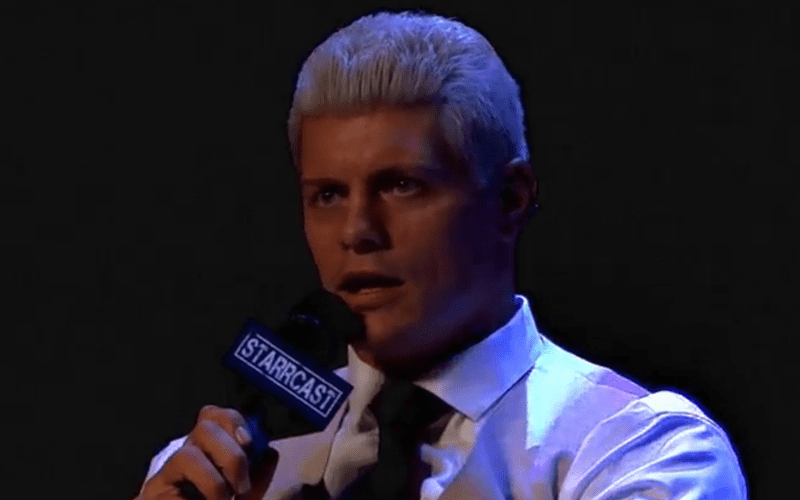 Cody Rhodes took the stage at Starrcast IV and he addressed the competition that NXT poses. They might be on Wednesday nights too, but AEW is going to do their own thing.

Rhodes explained that AEW doesn’t want to be “reactionary.” Instead, they will keep to their own plan. He also revealed that someone had NXT on backstage in the “go position” during Dynamite, but he had it turned off.

“We just want to be AEW. There was NXT on in the go position [backstage] the other day and I asked for it to be turned off because that’s not for us.”

He gave NXT credit for having such close ratings this week. In the end, it’s a great thing that “a lot of people are watching wrestling on Wednesday nights.”

Cody credited AEW’s “new cast” doing what they set out to do. He also admitted that NXT was on Wednesdays first, but it was on the WWE Network. Then he stopped himself for going too far after admitting that he has said some things at previous Starrcast events that “live in infamy.”