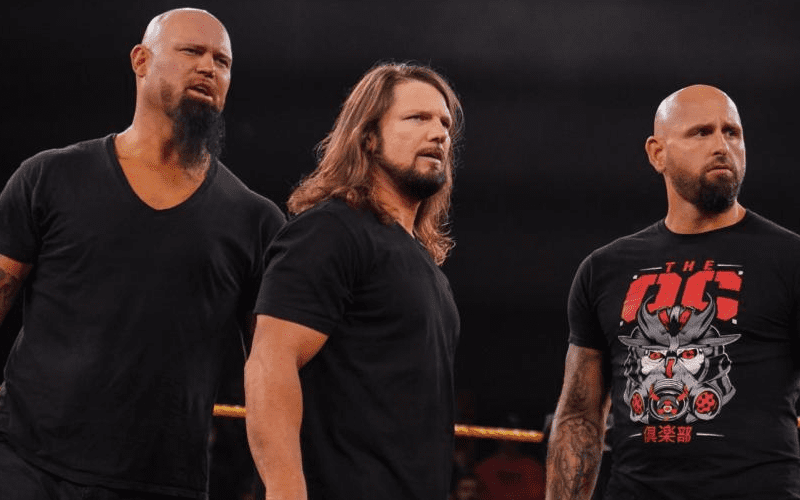 The OC showed up on NXT this week and it was a big surprise to see AJ Styles, Karl Anderson and Luke Gallows on the gold and black brand. This was setting up Survivor Series, but what could WWE’s plan entail?

During Wrestling Observer Radio, Dave Meltzer said that The OC vs. Undisputed Era has to happen. The OC attacked UE before NXT started and Adam Cole’s run-in during the show’s closing moments showed that he’s not finished with them. It all seems to point toward a big match to come.

Since the Undisputed Era is set to battle in a WarGames match, that might cancel out any Survivor Series plans. Then again, Shayna Baszler is working two nights in a row so why not Undisputed Era?

The OC vs UE could certainly be a Survivor Series match that captures a lot of attention. Let’s just see what WWE’s plans are.