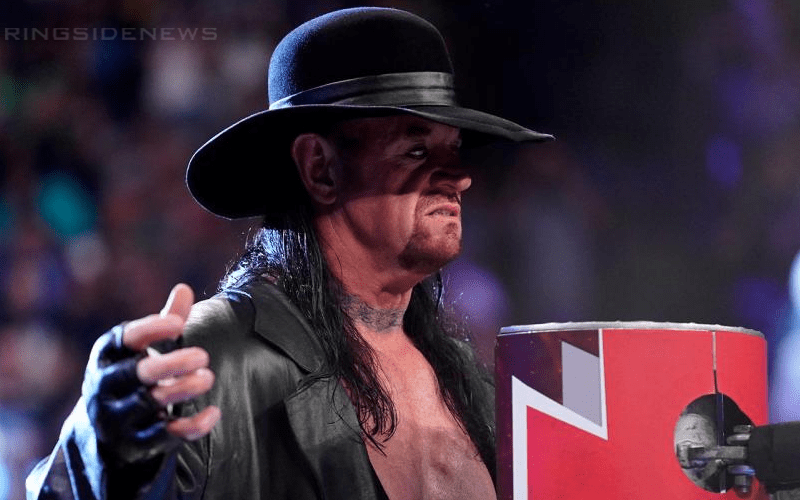 WWE will have all of their Superstars in the Chicago area for Survivor Series. The Undertaker might not be wrestling on the show, but he will still be around.

The Dead Man will be doing an appearance at the Donald S Stephens Convention Center on November 23rd. This will be a Fiterman Sports Group event as part of the Chicago Sports Spectacular.

Prices for this appearance are not as steep as previous Dead Man events. It will cost $150 for a photo op and an additional $150 for an autographed item. Events in the past have been way pricier than that.

It’s likely that The Dead Man will have a very long line at this show, especially considering all of the WWE fans who will be in the area anyway.