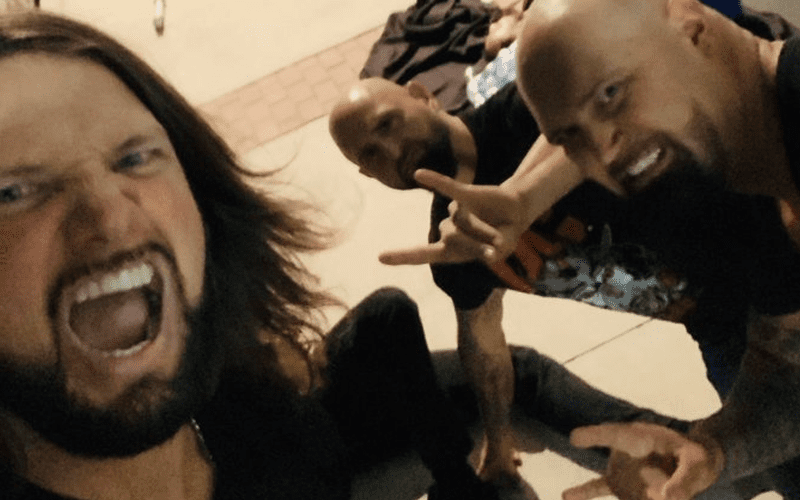 NXT started out with a bang this week. AJ Styles, Karl Anderson, and Luke Gallows invaded NXT to seek retribution for NXT’s recent invasions of the main roster.

The invasion started before NXT went live on the USA Network as the OC took out the Undisputed Era backstage. Once the show started, they made their way to the ring. Tommaso Ciampa came out and then he welcomed them to “the main roster.”

Styles said that Tommaso was “the only one with big enough balls to say anything.” Then Matt Riddle and Keith Lee joined Ciampa on the stage. “It looks to me like we’ve got plenty of balls,” Ciampa replied.